Chelsea are already making plans for the summer transfer window and Express Sport brings you the latest news from Stamford Bridge. Chelsea... 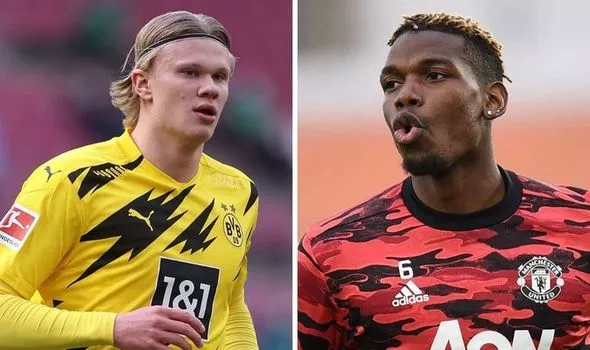 Chelsea are already making plans for the summer transfer window and Express Sport brings you the latest news from Stamford Bridge.

Chelsea may be about to take advantage of Juventus' interest in Paul Pogba this summer by swooping for their own transfer target while Erling Haaland could prove to be a "scary" addition to Thomas Tuchel's squad. Express brings you the latest Chelsea news with the summer transfer window just a few months away.

Chelsea are reportedly keen on signing Paulo Dybala in the summer transfer window, and Paul Pogba may well help their chances.

The Argentina international has struggled with fitness issues this season but there also remains doubts over his long-term future at Juventus.

And the Serie A side's interest in re-signing Pogba, according to Italian outlet Quotidiano, could well open the door for Dybala to leave.

Juventus will need to raise funds if they're to make a move for Pogba and getting Dybala off their wage bill could clear the space they need.

Micah Richards believes Erling Haaland joining Chelsea next season would make Thomas Tuchel's side a "scary" proposition for all their rivals.

Haaland is the hot property among Europe's elite clubs heading into the summer transfer window with Chelsea said to be in serious contention to make a move.

Former Manchester City defender thinks Chelsea are already proving to be a strong outfit, but add Haaland to the mix and they would be a real threat.

“I think they’ve got absolutely everything. They’ve sorted out defensive problems, the only thing to add that little bit of icing on the cake would be a striker," he told the BBC.

"They’ve got Werner in there, Havertz in there, it seems like they haven’t cracked that offensive aspect yet. If you put Haaland in this team, they’ll be scary next season.”

Thiago Silva is ready to sign an extension with Chelsea after enjoying a strong debut campaign at Stamford Bridge.

The 36-year-old joined as a free agent last summer after he was released by Paris Saint-Germain.

Question marks were raised then when Thomas Tuchel replaced Frank Lampard as Chelsea boss with the German head coach being the man who let Silva leave last summer.

But both Chelsea and Silva are keen to continue past this summer with talks already taking place on an extension.

Silva has been out injured of late though with Antonio Rudiger coming in from the cold under Tuchel.

The Germany international has been a regular starter in recent weeks with the expectation now that he will also stay at the club this summer.

It's a stark contrast to just a few months ago when Rudiger look almost certain to leave Chelsea after falling downt he pecking order under Lampard.