AC Milan have announced their matchday squad to face Manchester United in tonight’s Europa League last-16 second leg at the San Siro. The ... 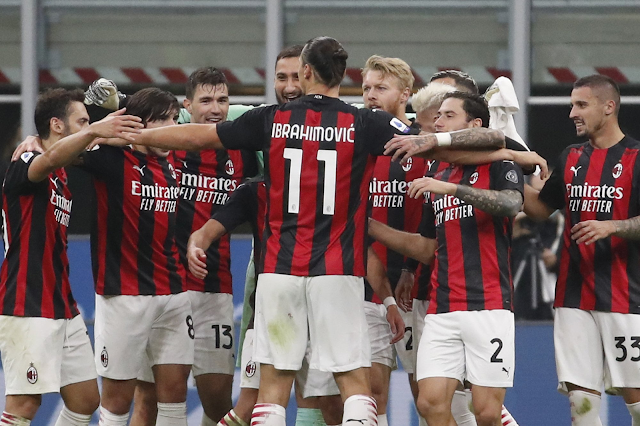 AC Milan have announced their matchday squad to face Manchester United in tonight’s Europa League last-16 second leg at the San Siro.
The big news is that Portuguese forward Rafael Leao is not included in the 20-man group, presumably after failing to overcome an injury sustained while in Serie A action against Gennaro Gattuso’s Napoli at the weekend. Ante Rebic is another notable omission from the list.

United defender and birthday boy Diogo Dalot, currently on loan in Milan, is also in the squad shown below...

Ole Gunnar Solskjaer expected the Swedish striker to return and has nothing but respect for his illustrious career, as the manager explained in our exclusive pre-match interview.

“He’s had a tremendous career, winning trophies everywhere he’s been,”

the boss told us.

“He’s been an influence and had an impact everywhere he’s been and a role model for so many.

“Playing at his age, at the level he is at, also being a role model and being Zlatan. He’s never, ever stopped surprising or impressing people. Even just being back in the Swedish national team for the Euros just shows the hunger he has for football.”

Marcus Rashford also hoped Ibrahimovic would be involved at the San Siro after sharing a dressing room with him at United for just under two seasons.“It’s nice to see him again and, for us, hopefully he manages to play as it’s going to be a great game and big players make games even better,” said Marcus of the veteran striker.

“He helped me a lot, seeing the way he prepares to get himself ready mentally for each game. He’s a different type of animal, mentally and physically as well. He brought that fighting experience to our squad and has done the same at Milan, to be fair.”