Recent reports in England have suggested a move for RB Leipzig defender Ibrahima Konate to Liverpool could be on the cards. Konate, 21, is f... 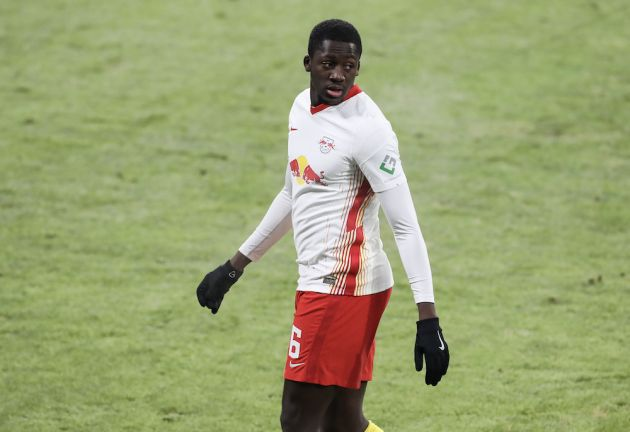 Recent reports in England have suggested a move for RB Leipzig defender Ibrahima Konate to Liverpool could be on the cards.

Konate, 21, is facing an uncertain summer following several reports linking the centre-back to a move to Jurgen Klopp’s Liverpool.

After seeing his first-team game time restricted in recent weeks, Konate has spent much of the last month on Julian Naglesmann’s bench.

With claims the defender has a minimum release of just €40m (£34m), there have been hints a club of Liverpool’s size could be willing to activate it ahead of a proposed summer transfer.

However, still with no official confirmation, from either side, fans have been left in limbo with regards to how advanced the deal may or may not be.

Well, the latest in the ongoing saga comes from Sky Sports Germany, who are reporting that a deal is nowhere near as progressed as previously reported.

Sky Sports Germany state that RB Leipzig have not received a ‘concrete offer’ for their young defender which, given his modest clause, would suggest Liverpool have yet to bid at all.

The outlet claim that the player himself is open to the idea of moving to Liverpool, however, it goes without saying, until a bid matching Leipzig’s valuation is made, the Frenchman is going nowhere.