The idea of Cristiano Ronaldo and Lionel Messi playing in the same team has always been the stuff of video games, but could we finally see... 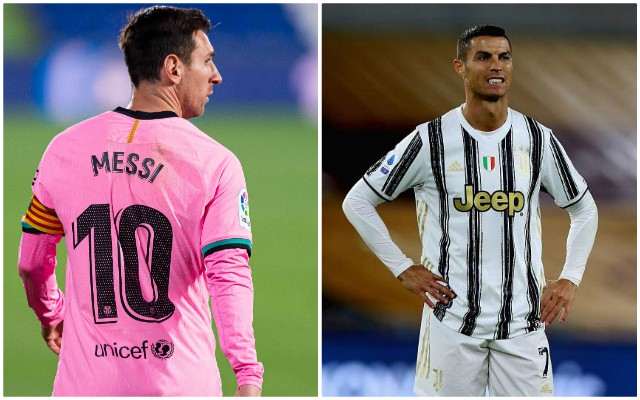 The idea of Cristiano Ronaldo and Lionel Messi playing in the same team has always been the stuff of video games, but could we finally see it happen in real life?

The idea of it happening at PSG may not be as far fetched as you might expect, especially when recent reports are suggesting that the Parisians are very confident of tying up Messi this summer.

Juventus are still having a bit of a meltdown after their Champions League exit to Porto and some kind of rebuild is needed, so there is a feeling that they will get rid of Ronaldo to start that process.

ESPN have reported that Ronaldo is being eyed as a target by PSG this summer and there are two moving parts here, but you can easily see both happening.

A big name would need to leave and it’s likely to be Kylian Mbappe, but his contract ends in 2022 so this is their last chance to cash in, while Real Madrid and Liverpool want to sign him so that deal could happen.

That would then free up the space and money for Ronaldo to join Messi in France, but it’s also hard to see where else he can actually go.

It looks like he wants to stay in Europe at a huge club but Real Madrid and Man United aren’t going to take him back, he’s not really a fit for Man City or Bayern Munich and Barcelona isn’t going to happen either.

It means that PSG are the only rich club who have an obvious need for him and the marketing potential would be huge, so it makes total sense from their point of view too.

The other times in Ligue 1 may not appreciate it but it would be box office stuff, and it doesn’t seem like a total pipe dream at this stage either.