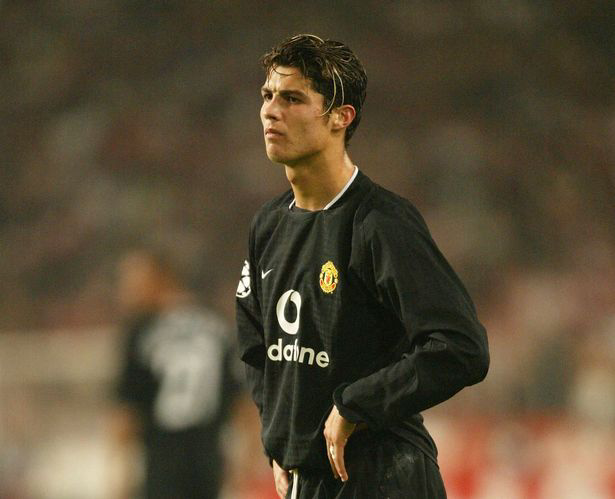 Timm, who left Old Trafford in 2006 without making an appearance for the club, made the accusation in his autobiography.

He alleges that Ronaldo was the subject of taunts because of his hair and his "acrobatic attempts" to impress the coaches.

Ronaldo arrived at United from Sporting Lisbon as an 18-year-old in 2003 and had a slow start to life in the Premier League.

The Portuguese soon developed into one of the world's most exciting talents and was sold to Real Madrid for £80m in 2009.

At 36, Ronaldo now has all the trappings of fame and fortune, but Timm recalls how it wasn't easy for Ronaldo to begin with.

In his book, Red Devil, via The Sun, Timm alleges: "He was quite extraordinary as a footballer, and as a person.

"Like me, he was bullied when he came to the club.

"With his hair – which he soon got clipped – and with his almost acrobatic attempt to impress the coaches.

"He could stand and do 10-15 step overs before he tried to dribble past the opponent.

"‘Pass now, just pass, dammit,’ shouted Gary Neville and Ole Gunnar Solskjaer constantly to him when we had reserve team matches together.

"The special thing about Cristiano Ronaldo was that he immediately took the fight against the hierarchy. And he won it.

"He was completely indifferent to the rest of his teammates. He gave no room for others. It was me, me, me. Cristiano Ronaldo. CR7."

Timm failed to make the grade at Old Trafford, but he always knew Ronaldo was destined for greatness.

"He was just the opposite; he was moving forward, clear-headed and with an indomitable faith in himself," Timm added.