Chelsea striker Tammy Abraham has been omitted from the matchday squad for the third Premier League game in a row, leaving some fans in need... 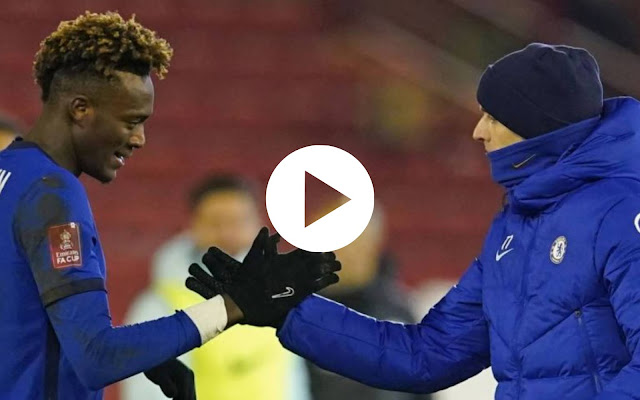 Chelsea striker Tammy Abraham has been omitted from the matchday squad for the third Premier League game in a row, leaving some fans in need of an explanation.

Abraham, who was Chelsea’s top goal scorer last campaign, having netted 18 goals in his debut season with the club, has added another 12 to his tally this time around, but that doesn’t appear to have earned him much credit with manager Thomas Tuchel.

The Englishman, who must be fearing for his place in Gareth Southgate’s squad ahead of the summer’s European Championships, has missed out on three Premier League games in a row now, not even making the bench.

Abraham was previously battling with an ankle issue, but there has been no official line on whether or not that is the reason behind his continued omission, which has left some Chelsea fans with concerns.

Here’s how some of the Blues faithful vented those concerns on Twitter after the starting XI and substitutes were named for tonight’s clash with Everton, and once again, his name was absent.

It need to be said

There is an agenda against Tammy Abraham

This the 2nd time, not on the bench