Real Madrid winger Eden Hazard has, unbelievably, suffered another injury, with the Chelsea great now set for  another  spell on the sidelin... 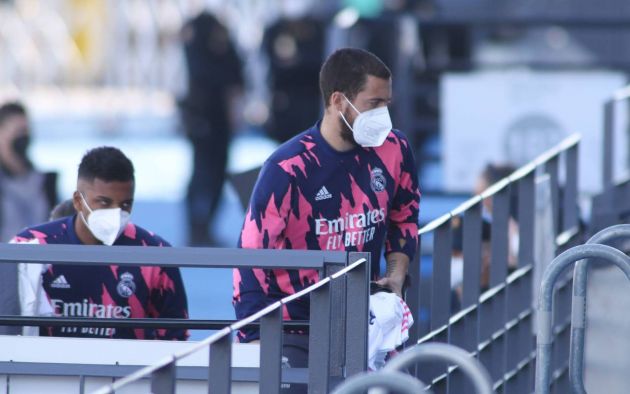 Real Madrid winger Eden Hazard has, unbelievably, suffered another injury, with the Chelsea great now set for another spell on the sidelines.

Hazard is one of the greatest players in Premier League history, with his stunning performances over a number of years at Chelsea earning him plaudits from far and wide.

On paper, the Belgian’s move to boyhood club Real Madrid (worth an estimated £130M, as per Sky Sports), where he would unite with childhood hero Zinedine Zidane, looked like the perfect way for him to establish his Ballon D’Or credentials.

However, since moving to the Santiago Bernabeu, Hazard has had a complete inability to stay fit. Just have a look at this diagram depicting his repeated troubles, shared 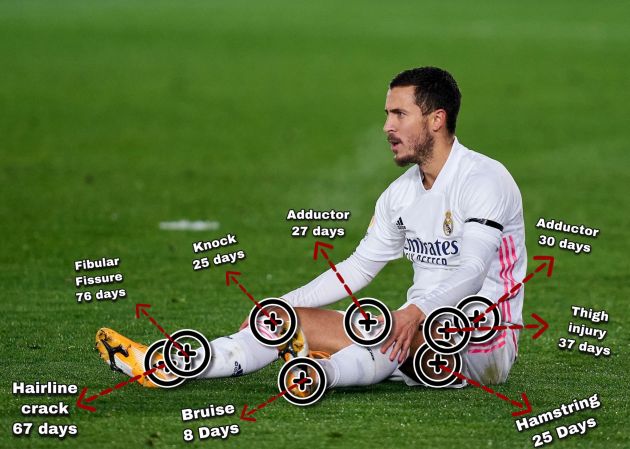 Unfortunately for Hazard, and Real Madrid as a whole, he’s gone and picked up another.

Hazard came on as a substitute for Los Blancos against Elche at the weekend, having previously not featured since the end of January. He’s now set for another spell on the sidelines after after sustaining a psoas injury.

When will it end?

Real Madrid have confirmed that Eden Hazard has suffered a psoas muscle injury.

He managed just 15 minutes at the weekend, his first appearance since January 🤕 pic.twitter.com/YIpM1ET7po