The father of Man United striker Edinson Cavani has claimed that his son is 'unhappy' and wants to return to South America. Edinso... 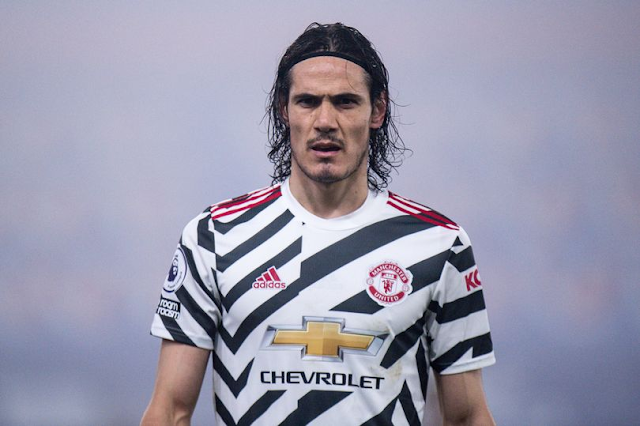 The father of Man United striker Edinson Cavani has claimed that his son is 'unhappy' and wants to return to South America.

Edinson Cavani 'does not feel comfortable' at Manchester United and wants to leave the club, his father has sensationally claimed.

The veteran striker's dad, Luis, claims that his son is 'unhappy' at Old Trafford less than a year after signing for the club.

It is unclear if his statement accurately reflects his son's position.

Cavani signed for United on a one-year deal this past summer on a free transfer following his release from Paris Saint-Germain and has had a positive impact at the club, scoring seven goals and laying on two assists.

Despite turning 34 last month, the Uruguayan has adapted well to the Premier League and United were set to hold talks to gauge whether he wanted to stay at the club for a second season.

However, that now looks unlikely after the player's father has claimed he wants to return to his home continent to be close to his family.

Speculation this week has linked Cavani with a move to Argentine giants Boca Juniors and Luis has confirmed that he has held talks with the club's 2nd vice-president Juan Román Riquelme.

"My son does not feel comfortable in England and wants to be close to the family again," he told TyC Sports.

"Edinson is going to end up playing in South America.

"I want Edinson to play in a team that fights for something important.

"Edinson had many conversations with Riquelme and he would like to play for Boca.

"He was always seduced by the idea of playing in Boca.

"If he returns to South America he is leaning towards Boca."

He continued: "By the middle of the year he will return to South America.

"My son's idea is not to continue there, he wants to return."