England manager Gareth Southgate was full of praise for Manchester United star Luke Shaw after the full-back marked his return to the nation... 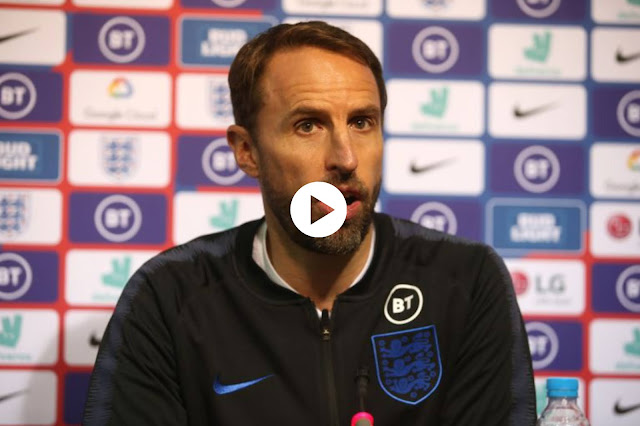 England manager Gareth Southgate was full of praise for Manchester United star Luke Shaw after the full-back marked his return to the national team with a brilliant display in the win against Albania.

Shaw played the entire 90 minutes as the Three Lions won the World Cup qualifier 2-0, with Faye Carruthers of talkSPORT seeking to find out how ‘impressed’ Southgate was with Shaw’s performance.

The England boss hinted that the 25-year-old struggled in the opening half-an-hour of play, much like the rest of his teammates following a dull start to the matchup, but a tactical tweak soon changed that.

Southgate explained that Shaw was somewhat being limited as a result of having to receive the ball higher up – leaving him met by pressure from the opposing wing-backs.

It was added that coming onto the ball a little more was something that ‘suits’ the Red Devils star, which unleashed the opportunity for Shaw to play ‘lovely’ passes and show his ‘beautiful weight’ of delivery.

Before no time, in the 38th minute, Shaw played the ‘really good’ cross that teed Harry Kane up to head the Three Lions into the lead.

Gareth Southgate was in awe of the 'beautiful' weight of pass from Man United star Luke Shaw for England... pic.twitter.com/YcmMXxo4ym

“Yeah, I think in the early part of the game we asked him to receive a bit higher and it was taking him into direct pressure from their wing-backs, so we changed that a little bit after half-an-hour,”

“I think he was able to come onto the ball a little bit more, which suits him, he played some lovely passes. He’s got beautiful weight of pass, and of course the cross for the goal as well was really good.”

“So, yeah, I thought he got better as the game went on and defensively pretty solid as well.”

Southgate added that Shaw got ‘better’ as the game ‘went on’, which is always something encouraging an especially considering the manner in which England and Man United can often start games in.

Shaw was also lauded for being ‘pretty solid’ defensively, with the Chelsea and Southampton academy graduate gradually becoming a much more complete full-back, whilst maintaining his attacking quality.

All in all, much more couldn’t have been asked for the man making his first international appearance since September 2018.

Shaw has had to wait quite some time to get back into the team, with a return being delayed by an injury earlier this season, but the ace deserves all the credit for his recent form.

The Man United man has arguably been the best left-back in the Premier League this season, which has left Shaw as a sure-fire candidate to make England’s squad for the Euros.