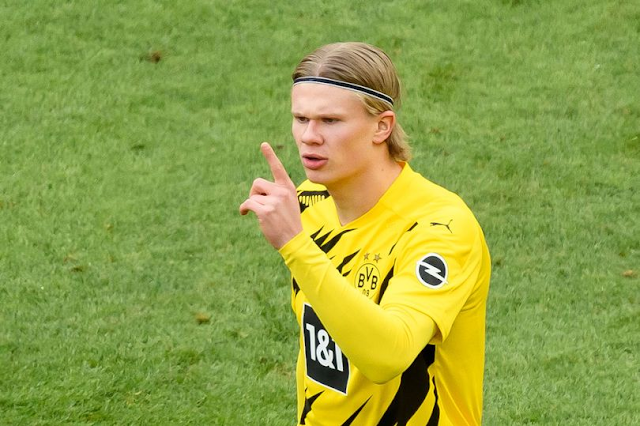 Erling Haaland has revealed that a club 'must' want him if he is to sign for them, amid the continued furore surrounding his future.

By virtue of a remarkable 49 goals in a mere 49 games at Borussia Dortmund, Haaland has made himself one of the most sought after players in the game ahead of the summer transfer window, with both Manchester United and Manchester City amid the litany of clubs interested.

MEN Sport understands United have made the 20-year-old their priority striker target as Ole Gunnar Solskjaer - who helped nurture his talent at Molde - and football director John Murtough see him as the perfect long-term replacement for Romelu Lukaku.

A new striker has become a more pertinent concern for United with Edinson Cavani's future at the club looking uncertain after his father claimed he 'does not feel comfortable' in Manchester.

City also face the possibility of losing a striker this summer with Sergio Aguero's time at the club potentially coming to an end. The Argentine is out of contract at the end of the season and has suffered a year of injuries and fitness setbacks.

The Blues have made a new striker their primary signing this summer, and Haaland is seen as an ideal target.

The Norwegian is currently in Spain on international duty and has remained coy when facing several questions on where his future lies.

When asked by VG what qualities a club must have for him to sign for them he replied with the obvious answer of: "They must want me."

In the same press conference Haaland moved to pour cold water on the growing speculation surrounding his future by pointing out he still has multiple years remaining on his contract in Dortmund.

He added: "I still have a three-year contract, I'm not concerned about that."