Borussia Dortmund Erling Haaland has taken to Twitter, having scored two goals against FC Koln before storming off the pitch at full-time.... 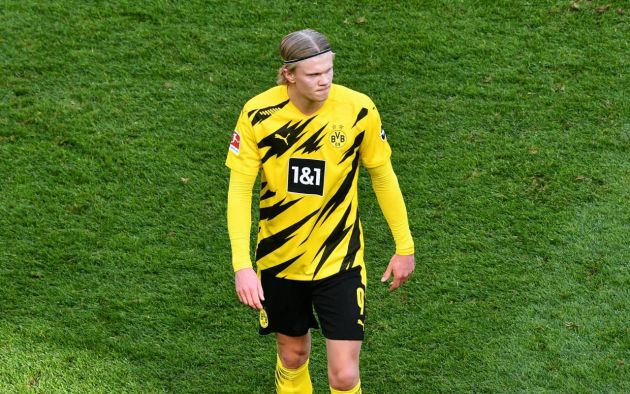 Borussia Dortmund Erling Haaland has taken to Twitter, having scored two goals against FC Koln before storming off the pitch at full-time.

Haaland carried Dortmund to a point away in Cologne this afternoon with two goals, including a 90th minute equaliser, and didn’t appear to be particularly happy about his teammates’ lack of contributions.

Erling Haaland scored both of Borussia Dortmund's goals in a 2-2 draw at FC Koln...

But his frustration with the result was clear to see at the final whistle 😤 pic.twitter.com/xLeTKLLW9D

Naturally, any top player hates not to be winning football matches, but for Haaland there’s added significance, with Dortmund now at serious risk of missing out on Champions League qualification. That could force him into making a decision on his future.

Despite his full-time antics, though, there doesn’t appear to be any imminent trouble at Dortmund, with Haaland taking to Twitter to post a highly generic, inoffensive tweet to calm the nerves of any fans that thought it was something serious.

Not a great result. We will use this as motivation to be back stronger! Thanks to all the @BVB fans for your continued support. We’ll be back soon! 💪🏻 pic.twitter.com/9yFdBHVnIO

The reality is, as you probably could’ve guessed, he just doesn’t like to lose. Who does?