Bayern Munich CEO Karl-Heinz Rummenigge has seemingly ruled out a move for Erling Haaland.  Regarding a move to Bayern, Bavarians boss Han... 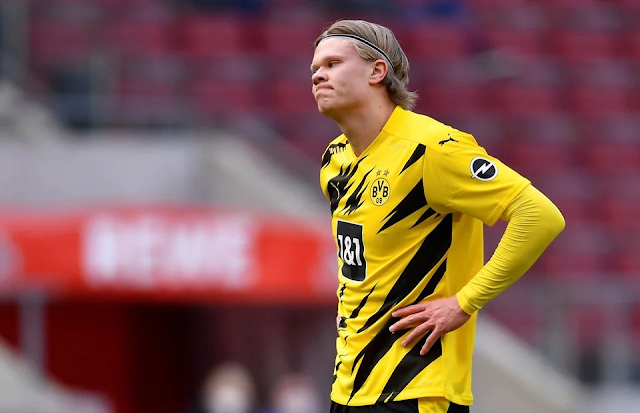 Regarding a move to Bayern, Bavarians boss Hansi Flick said "you can't rule anything out", as quoted by Sky Sports, at the start of March. However, it now appears that a move to the league-leaders is off the cards.

Rummenigge has essentially said the German champions won't be joining the race to sign the Borussia Dortmund sensation Haaland.

"I don't know where the rumours come from. I can only say one thing: we have the world footballer in this position. Robert Lewandowski has a contract until 2023."

It's likely that both Manchester clubs will be thrilled with this recent announcement.

Bayern have developed a reputation of signing the greatest talents in the division and generally have the upper hand over foreign clubs.

A key example of this was when Lewandowski made the switch from Dortmund to Bavaria on a free transfer, the year after Mario Gotze made the same journey and two years ahead of Mats Hummels.

However, on this occasion, it seems that Haaland won't be following the Pole down a similar route.

Manchester United have identified the 20-year-old as the club's top target this summer, while City have also been linked and reportedly see the Norwegian as a long-term replacement for their all-time top scorer Sergio Aguero.

Why is there so much emphasis on signing Haaland this summer?

Haaland's £66m release clause will come into effect next summer, according to the Daily Mail.

Therefore, Dortmund may want to sell their prise asset in the next few months to ultimately attract a large transfer fee for his services.

If they don't manage to sell Haaland in the coming window, they could potentially lose out on tens of millions of pounds.

Furthermore, with Dortmund languishing in fifth at the moment, famed journalist Fabrizio Romano believes the club will struggle to hang on to the striker if they lose their Champions League status.

This year, the striker has demonstrated how he is one of the most lethal finishers in Europe.

According to WhoScored, Haaland has scored 21 Bundesliga goals in as many appearances for Dortmund, as well as chipping in with four assists. Therefore, the Scandinavian has averaged a goal involvement every 71.28 minutes for Edin Terzic's side.

He's earned a WhoScored average rating of 7.61, which is level with Thomas Muller and only bested by Lewandowski in the German top-flight.

Are Bayern making a big mistake?

This could arguably be one of the worst decisions Rummenigge has made at Bayern.

He essentially has a generational talent on his doorstep but has pointed to the success of Lewandowski as a reason to not sign Haaland.

Undoubtedly, the Polish marksman is one of the most clinical strikers in the world but the Bayern CEO shouldn't look past the Dortmund man.

At 20, Haaland could be the future of Bayern and potentially feature as the club's main striker for the next decade.

If the Bavarians don't snap up the chance to sign the striker, another top European club - like United or City - almost certainly will.