Journalist Fabrizio Romano has shared an update on rumours linking Manchester United with Nikola Milenkovic. At 23, the Serbian has become... 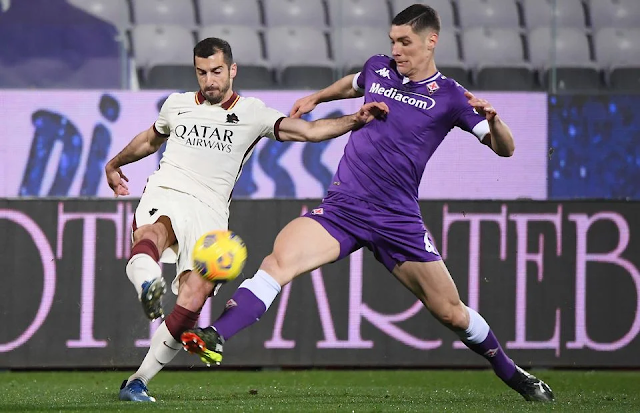 At 23, the Serbian has become a key figure at Fiorentina, making over 100 Serie A appearances for the Italian side.

With just a year left on his contract, rumours have circulated that Milenkovic could depart Florence and potentially for the Premier League.

Calciomercato have reported that the defender is a “concrete target” for Manchester United and he would be available for €35m (£29.9m).

However, famed journalist Romano has clarified the situation on his Here We Go Podcast.

“Good player. I love him – really interesting talent. Playing so well at Fiorentina,” Romano said on his podcast.

“Only one year contract. He’s not extending his contract and that’s why there a lot of rumours. In Italy, they’re saying that Manchester United offer €35m, they are close to signing Milenkovic – that’s what they say.

“I can say that I was checking it and it’s not true. Manchester United have not made any bid for Milenkovic.

“I would say (he’s) appreciated, yes for sure they follow him. But at the moment there is nothing advanced. No official bid from Manchester United.”

It’s likely that United fans will be disappointed to hear that there isn’t any truth in the rumour that Milenkovic could be about to join the Red Devils.

The Serbian defender has been a stand-out performer for Fiorentina this season. For his displays this year, the 23-year-old has earned a WhoScored rating of 6.86.

Franck Ribery is the only player who features consistently for the Viola to achieve a higher rating than Milenkovic this season.

The defender has also won more aerial duels, with 3.5, than any other Serie A defender this year.

Bearing in mind that the majority of United’s centre-back options are over 26, Milenkovic would have been a valuable addition to Ole Gunnar Solskjaer's backline as a younger option with the potential to further develop.