Manchester United have struggled to score against their biggest rivals recently - but one stat shows just how good they have become at shu... 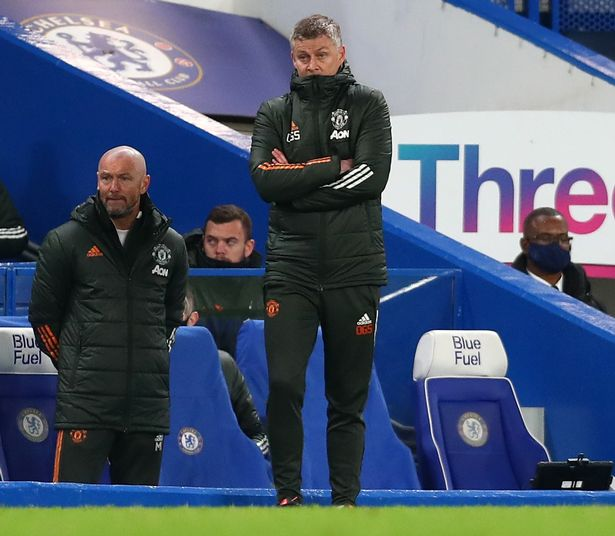 Jose Mourinho has always been known for parking the bus. But Ole Gunnar Solskjaer is doing an even better job of it right now.

Much has been made of Manchester United’s goal drought against their traditional Big Six rivals this season.

And it’s true that United have failed to score a single goal in their last six league meetings with Arsenal, Chelsea, Liverpool, Manchester City or Spurs.

After Sunday’s 0-0 draw at Stamford Bridge, each of their last four such matches have finished goalless.

But for all their struggles in front of goal, Solskjaer’s men have become very, very good at stopping the opposition from scoring.

And there is one mind-boggling stat from Sunday’s game which shows just that.

Chelsea played 542 successful passes against them yesterday - but United only allowed the Blues to complete one, single pass in the penalty area.

It was played by full back Ben Chilwell to Hakim Ziyech, who forced a save from David De Gea with it early in the second half.

Yes, Chelsea managed six shots on target. But De Gea was never under any real pressure.

And United are now unbeaten in a club record 20 away league matches (W13, D7), a run that started in this exact fixture last season.

It is the joint-fifth-longest run without an away defeat in top-flight history, the only longer runs coming from Arsenal (27 and 23), Liverpool (21) and Nottingham Forest (21).

And it might not be pretty at times when it comes to facing their direct rivals for the top four - but it is getting results.

United’s biggest defeat of the season, a shock 6-1 spanking by Spurs, came at Old Trafford.

And it was probably that game that convinced Solskjaer he had to get the bus parked more often.

But while Spurs have been leaking goals and sinking like a stone ever since, United have gone the other way.

If they can actually find a way to score in some of these big games, he might actually be on to something.