England boss Gareth Southgate has named five Manchester United players in his squad for the upcoming World Cup qualifiers. The big news is... 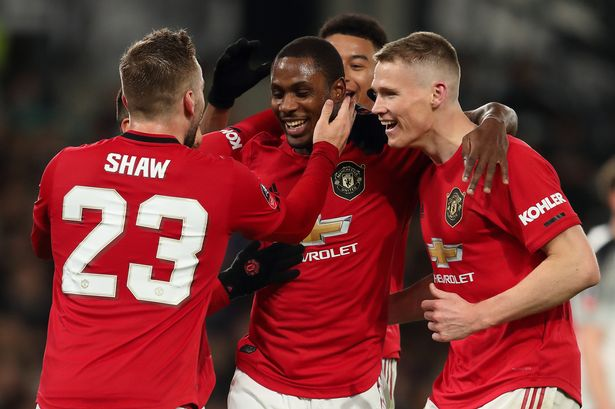 The big news is that Luke Shaw is back in the fold after his sustained period of sparkling form, with our reigning Player of the Month hoping to add to the eight caps he's earned for his country so far.

The defender last represented the Three Lions against Spain in September 2018 but was on the bench in November that year for the UEFA Nations League home match with Croatia.

Another member of our back four, Harry Maguire, is also included, as usual, as is forward Marcus Rashford.

Dean Henderson is one of the keepers, along with former Academy product Sam Johnstone, and must be under consideration to start, with Everton's Jordan Pickford injured. Midfielder Jesse Lingard, who is on loan at West Ham United, has been rewarded for his fine performances for the Hammers with a recall.

Jesse's last appearance at international level was in June 2019, against Switzerland.

Southgate's side then travel to Albania on 28 March before a big game with Poland at Wembley on the final day of the month.

Mason Greenwood was selected earlier this week for the group stages of the European Championship finals with England's Under-21 side.

The international break, the first of 2021, starts after the upcoming weekend, with the Reds meeting Leicester City in the Emirates FA Cup quarter-final on Sunday.