Former Manchester United midfielder Luke Chadwick has praised the big performance of Luke Shaw in the win over Manchester City. The ex-Red... 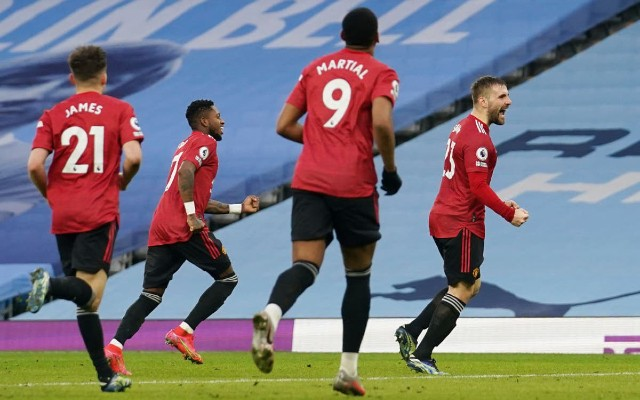 Former Manchester United midfielder Luke Chadwick has praised the big performance of Luke Shaw in the win over Manchester City.

The ex-Red Devil also feels Shaw has been one of the club’s best players this season and is proving himself after a difficult time earlier in his Old Trafford career.

Shaw just couldn’t get a break at United during Jose Mourinho’s time in charge, with the Portuguese tactician often singling the left-back out for criticism and taking him in and out of the team.

With hindsight, Chadwick feels Mourinho handled Shaw badly, but he’s delighted to see the England international showing what he can do after a show of faith from Ole Gunnar Solskjaer.

Speaking to CaughtOffside about Shaw, Chadwick said: “It’s not just this performance, he’s had a really good season this year.

“The performance from the whole team was also a bit of a bolt out of the blue after those recent games, and Shaw was a real shining light – defensively very solid, but going forward as well … incredible pace on the goal to carry the ball forward, getting inside and producing a fantastic finish.

“I think again he was a stand-out performer, showing that form he showed when he came through as a youngster at Southampton. This is probably the first time he’s delivered that consistently over a long period of time.

“He’s surely now in Gareth Southgate’s thoughts, not just to make the squad but to be the number one choice at left-back come the Euros in the summer.”

He added: “I think, having been a player, having the belief of your manager is huge, it gives you a massive amount of confidence. I’m not sure he ever really had that under Jose Mourinho.

“Staying fit was also an issue for him at that stage of his career, but Ole obviously likes him a lot, trusts him and has shown that belief in him. Now Shaw’s rewarded him with his performances and is arguably the club’s player of the season so far.

“Consistently being selected, which he wasn’t under Mourinho, and then being singled out for criticism is not going to help someone who’s not played a huge amount of games. That belief Ole’s shown in him, making him first choice even after signing a highly talented left-back in Alex Telles, Shaw’s kept his place and used that as another driver.

“Mourinho obviously wasn’t doing that to make Shaw play badly, but it’s a case of knowing your players. Luke Shaw was perhaps a player who needed an arm around him, he’d had a tough time, suffered an awful injury in that game in Holland a few years ago, and I think Ole’s the perfect man to guide Luke Shaw into the state he’s in today.”