Though he’s started to play himself into a bit of form now, Gareth Bale’s return to Tottenham Hotspur hasn’t really gone as well as both h... 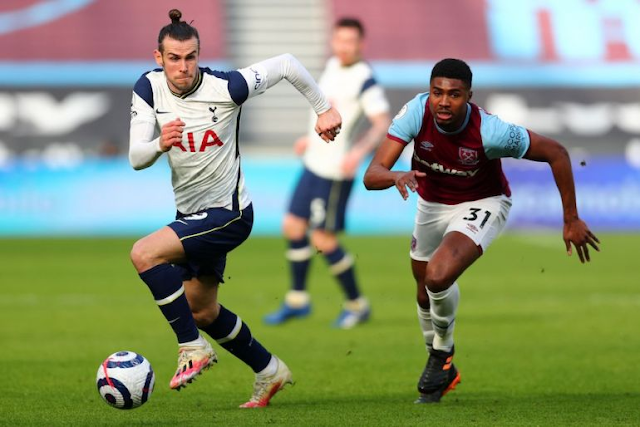 Though he’s started to play himself into a bit of form now, Gareth Bale’s return to Tottenham Hotspur hasn’t really gone as well as both he and the club would’ve hoped.

The Welshman hardly helped his cause by suggesting at a recent press conference for his country, cited by the Daily Mail, that “The original plan was to do a season at Spurs and after the Euros still have a year left at Real Madrid – my plan is to go back, that’s as far as I have planned.”

His comments appeared to be fairly unequivocal.

He was back at White Hart Lane purely to use his old employers to progress his career both internationally and back at Real Madrid in 2021/22.

Though it isn’t certain that Los Blancos would want him back, particularly if Zinedine Zidane is still in charge, heading back to the Spanish capital looks to be Bale’s preferred move.

However, in an attempt to diffuse what’s become a prickly situation, his agent, Jonathan Barnett, has adopted a damage limitation policy.

“Too early,” Barnett was quoted as saying to ESPN when asked to expand on Bale’s plans, also noting the comments were “taken completely out of context.”

Whatever the truth of the matter, Bale clearly needs to up his output if he wants to be considered as first choice for either the north Londoners or the La Liga giants.