Gary Neville  (Image: Michael Regan/Getty Images) Tottenham may have kept a clean sheet against Aston Villa in the Premier League on Sunda...

Tottenham may have kept a clean sheet against Aston Villa in the Premier League on Sunday night, but Gary Neville was not particularly impressed with Spurs' defending.

Jose Mourinho's men ended a difficult week with victory at Villa Park, with goals from Carlos Vinicius and Harry Kane helping Spurs to a 2-0 win to move to within three points of fourth-placed Chelsea in the Premier League.

It was a welcome return to winning ways for Mourinho and Tottenham after defeat in the north London derby against Arsenal and an embarrassing exit from the Europa League at the hands of Dinamo Zagreb, having led 2-0 from the first leg, only to lose 3-2 on aggregate after extra time.

But while Neville has said that Mourinho's Tottenham side are lacking a reliable back line that he said he has previously built teams on.

“I think they’re rash. The defenders, for me, always feel like they have to win the ball. That sounds like a really crazy thing, but for a defender sometimes, it’s knowing about when you can’t win it,"he said on his podcast.

"We saw a really rash penalty being given away by [Matty] Cash sliding in, but you see [Davinson] Sanchez, [Japhet] Tanganga and [Eric] Dier going to ground.

"The thing about defenders is reliability, consistency and trust and you watch Tottenham and you think they look like, individually, they’d be difficult to play against one v one, but they’re not really a unit yet.

"Jose Mourinho’s best teams, particularly the Chelsea ones he had, they’ve had really good back fours and had that solidity and reliability to them.

"Great back fours have someone who holds it all together and he hasn’t got that man, he hasn’t got that one at the back that everyone else gains confidence from: [Virgil] Van Dijk at Liverpool, [Vincent] Kompany at Manchester City, [Nemanja] Vidic or [Rio] Ferdinand at Man United.

"You just know that they hold it together, their arms go out wide and that’s where the line is.

"They say ‘get up’, you get up and they keep that four acting as one, but I think with Spurs, you look at them and think they’re four individual defenders operating okay, not doing badly, they kept a clean sheet [against Villa] but you do feel like there’s a rash moment in them that can give you a chance.” 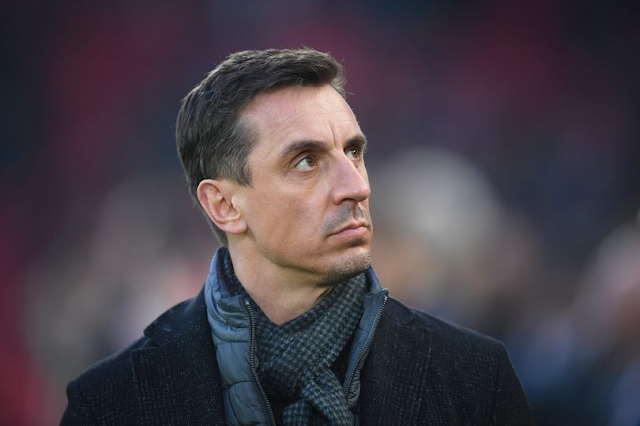