Sky Sports pundit Gary Neville has dropped a massive hint that David De Gea could be on his way out of Manchester United this summer as th... 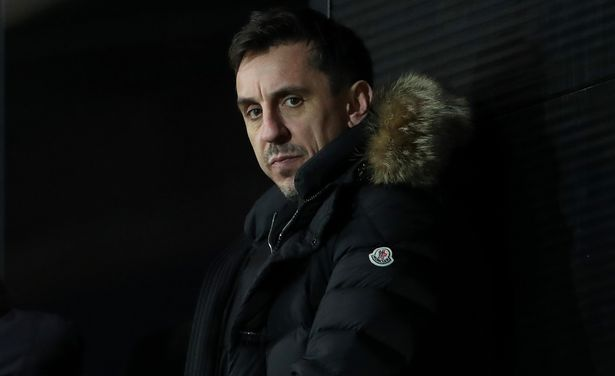 Sky Sports pundit Gary Neville has dropped a massive hint that David De Gea could be on his way out of Manchester United this summer as the Spanish goalkeeper continues to struggle for form.

Gary Neville has tweeted that a "big decision" is coming soon over the future of David De Gea.

De Gea is one of Man United's longest serving players having joined the club from Atletico Madrid in 2011.

He has been United's number one goalkeeper throughout his time at Old Trafford, making over 400 appearances for the club.

But the Spaniard has come in for criticism this season following a series of disappointing performances.

The 30-year-old has been responsible for a number of howlers and is under increasing pressure from Dean Henderson.

Recent reports have suggested Ole Gunnar Solskjaer will ditch either De Gea or Henderson in the summer.

United would save a bulk of cash by allowing De Gea to depart with the Spaniard reportedly on £350,000 a week.

That could prove invaluable as the Red Devils plot to sign a new centre-half partner for captain Harry Maguire.

But getting rid of De Gea also means losing a Premier League winner at a time when United lack proven winners in the squad.

Henderson, on the other hand, has found opportunities limited at Old Trafford since returning from his loan at Sheffield United.

This season he has been restricted to 13 appearances for the Red Devils, all bar three of which have come in cup competitions.

It is a pivotal period in Henderson's career, and understandably he feels he needs to be playing regular first-team football.

Whether he will receive that regular exposure to first-team football at Old Trafford, however, remains to be seen.