United are next in action on Sunday, April 4, when they take on Brighton & Hove Albion in the Premier League at Old Trafford following... 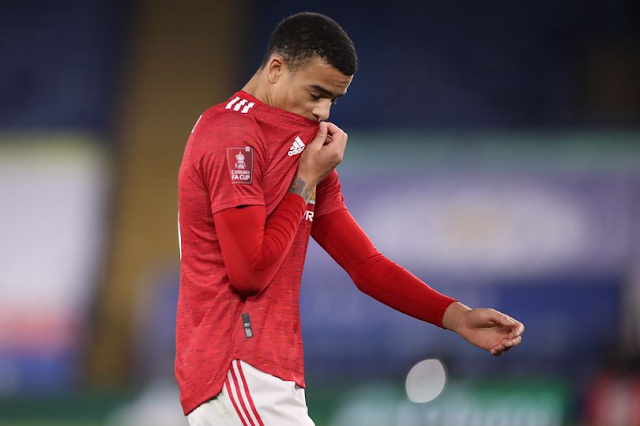 United are next in action on Sunday, April 4, when they take on Brighton & Hove Albion in the Premier League at Old Trafford following the international break.

Manchester United have a chance to regroup during the final international break of the season.

United were knocked out of the FA Cup on Sunday, beaten 3-1 by Leicester City in their quarter-final tie at the King Power Stadium.

Ole Gunnar Solskjaer's men are still in the Europa League, where they have been drawn against Spanish side Granada in the last eight of the competition.

Meanwhile, United sit second in the Premier League table, though they are 14 points adrift of leaders Manchester City, albeit with a game in hand on their rivals.

They are next in action following the international break, when they take on Brighton & Hove Albion at Old Trafford on Sunday, April 4.

Here is a round-up of the current United injury list and potential return dates...

It was announced on Tuesday (March 23) that Greenwood had withdrawn from the England Under-21 squad.

The Young Lions are off to Slovenia to compete in the group stage of the European Under-21 Championships.

With three matches in the space of seven days, the decision was taken not to risk Greenwood.

Instead, he will be assessed by United's medical staff ahead of their return to Premier League action against Brighton at Old Trafford on Sunday, April 4.

What Solskjaer has said: "His overall game has improved so much. Too many people are too concerned about stats and look just at assists and goals.

"His contribution to the team is way above what he was doing last season – except for the goals. And they will come. I don’t worry about that at all.

"Because we see him day in day out in training. He’s growing physically, he’s maturing in the way he’s playing, he’s holding the ball up, his link play... so I’m very pleased with him."

Expected return date: It is unclear at this stage but United are hopeful the injury is not too serious.

Rashford picked up a foot injury during the first half of the second leg of United's Europa League last 16 tie against AC Milan at the San Siro.

The forward was replaced at half-time and missed the FA Cup defeat at Leicester.

What Solskjaer has said: “No, he wasn’t close (to facing Leicester). “We took him off (in Milan) and he thought he’d be ready but (on Saturday) he had no chance of walking on his foot.

"The scans show there’s an injury there but, of course, we’ve got players coming back – Anthony (Martial) and Donny (van de Beek) coming back in, so there are positives as well."

Expected return date: Despite the injury, Rashford has linked up with the England squad ahead of the World Cup qualifier against San Marino on Thursday (March 25).

The midfielder was conspicuous by his absence from the United squad for the second leg of the Europa League last 32 tie with Real Sociedad on February 25.

Solskjaer confirmed afterwards that Mata was facing a couple of weeks out with an unspecified injury.

It had been hoped he could be back before the international break but that did not happen in the end.

What Solskjaer has said: "It is taking a little bit longer than we expected."

Bailly has not featured since the 1-1 draw with Milan in the first leg of the Europa League last 16 tie on March 11.

The defender was an unused substitute in the following match - a 1-0 league win over West Ham - but has been absent from the matchday squad for the past two games.

The central defender is still recovering from knee surgery.

Jones has not played since last January but has been added to United's Premier League squad for the second half of the season.

What Solskjaer has said: “Phil has been recovering from an injury, a knee operation he had, and he's working hard to be available again.

"So he will be included on the (Premier League) list. Hopefully he’ll get his fitness back sooner, rather than later, and be able to play.”

Expected return date: "I'm not sure how long it will be, how long is a piece of rope? Hopefully this season but if not then the start of next," said Solskjaer.