Greenwood's inclusion in England's Under-21 squad explained by Boothroyd

The teenager was disciplined in 2020 by the Three Lions for breaking Covid protocols but he is back in contention for his country in 2021 Ai... 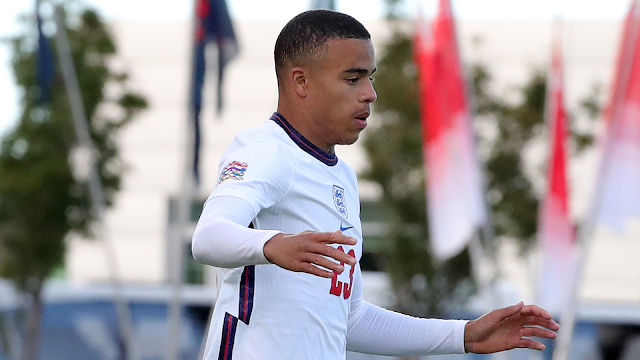 The teenager was disciplined in 2020 by the Three Lions for breaking Covid protocols but he is back in contention for his country in 2021
Aidy Boothroyd has explained the decision to select Manchester United teenager Mason Greenwood for England's Under-21s rather than in Gareth Southgate's senior squad.

The 19-year-old has made his senior England debut already but has been included in Boothroyd's squad for the European Under-21 Championship in the March and April international break.

It comes after a period of being left out by England at any level after he and Phil Foden broke Covid protocols in Iceland. Now, all parties want Greenwood to move forward and establish himself for his country once again.

What has Boothroyd said?

"We’re speaking to his club on a regular basis," Boothroyd said after England U21s announced their squad.

"We just felt as an organisation that Mason is going to be a key player in the future and we wanted to get him into this tournament, get some games into him and know what it’s like to be at a tournament.

"He’s got some great experiences already with his club, playing in the Champions League and the Europa League. He’s getting plenty of opportunities but we felt it was the right thing for him to come with us.

"He is an outstanding player. It’s an opportunity for him to get some games with us. We treat every player as an individual and we think very carefully when and where we pick them. Clearly, in Mason’s situation, it was right that he wasn’t right to play for his country and to stay where he was.

"That period of time has done him a world of good, he’s getting more minutes there. That’s a positive thing. We hope he can continue that with us. He can play in multiple positions, which is what this squad is really. It’s very exciting, very balanced and very hungry. Mason fits all three of those describing words.

"He’s got a lot of support around him from his club and from us. Gareth is speaking regularly to Ole in this case and we think he’s a top player. Has he got something to prove? Every time he gets on the pitch there is an expectation of him because he’s a very good young player.

"But he is young, he needs guidance and help. Gareth will speak to him before we meet up. I’ll speak to him to see how he is and see how we can get the most out of him."

Who else is in the England squad?

Alongside those attackers, there are other star names like Everton's Ben Godfrey and Ryan Sessegnon, who is on loan at Hoffenheim from Tottenham.