The latest episode of the Transfer Window Podcast from journalists Ian McGarry and Duncan Castles has thrown up a shock claim that may spa... 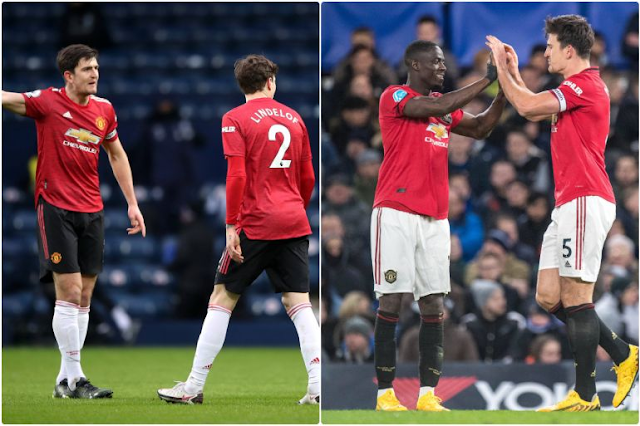 The latest episode of the Transfer Window Podcast from journalists Ian McGarry and Duncan Castles has thrown up a shock claim that may spark controversy involving Man United captain Harry Maguire.

In a discussion that originated from an ‘informal’ bid from rivals Liverpool for Kalidou Koulibaly, Castles was asked whether the Red Devils should reignite their interest in the ‘available’ Senegalese star.

Then came a bizarre claim, it was suggested Maguire, the club’s captain and world’s most expensive defender, has proposed for the signing of a ‘native English speaker’ as his centre-back partner.

Castles added that Maguire ‘feels’ that there are some ‘communication issues’ with the men that currently partner him for Ole Gunnar Solskjaer’s side, Swede Victor Lindelof and Ivorian Eric Bailly.

McGarry had earlier described Lindelof as Solskjaer’s ‘lovechild’, in reference to the Norwegian’s persistence in starting the relatively slight and not necessarily commanding ace next to Maguire.

Here is what Castles had to say on the matter:

“As you reported a couple of weeks ago, Maguire proposing that he gets a partner who knows the Premier League and is a native English speaker, because he feels that there are some communication issues with his current partners.”

Whilst it goes without saying that an Englishman would communicate better playing next to a ‘native’ English speaker, Bailly and Lindelof have been at the club for five and four years respectively now.

One would assume that they can understand and convey things at a level of basic English, is the talk of ‘communication issues’ via this language point just an excuse from Maguire’s behalf?