‘He is a killer’: How Romelu Lukaku went from Man Utd reject to Inter Milan goal machine

The Belgian forward is firing Inter towards a first Serie A title in a decade after stripping back his game and transforming his diet An h... 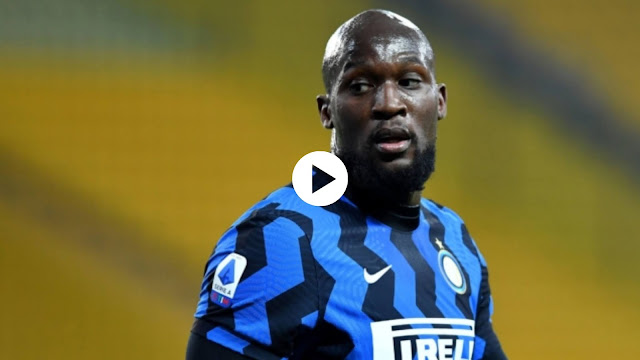 An hour into Inter Milan’s game with Lazio at San Siro last month, Romelu Lukaku picked up a pass from Marcelo Brozovic just inside his team’s half. He had already scored twice to give Inter a 2-1 lead, but what came next would be the main point of discussion following the game.

Lukaku poked the ball out ahead and accelerated. Lazio midfielder Marco Parolo was tasked with marking the Belgian, but his efforts were futile. Chasing Lukaku, Parolo looked like a Vespa trying to keep up with Valentino Rossi. Lukaku surged forward and rolled the ball across for strike partner Lautaro Martinez to make it 3-1. The win was sealed and Inter were going top.

So remarkable was the passage of play that Italian newspaper La Repubblica described it as being like “a football scene shot by an old American director, one who had never seen a whole match.”

Any Manchester United fans watching may have had to do a double take. Was this the same “target man” that Ole Gunnar Solskjaer claimed was insufficiently mobile for his team’s style? Was this the same player who Gary Neville accused of “unprofessionalism”?

Yet for Inter fans the blistering run would have seemed entirely in keeping with Lukaku’s resurgence since his move. Over the past three months, the Belgian has reached a new peak of performance and his barnstorming performances have now seen the Nerazzurri move six points clear of rivals AC Milan, putting them in the box seat to break Juventus’ nine-year stranglehold on the Scudetto.

Inter’s progress was stalled by a coronavirus outbreak in the squad that caused the postponement of last weekend’s game with Sassuolo – an issue which also looked set to put Lukaku out of Belgium’s World Cup qualifiers this month. But two negative tests mean he has been freed to travel by Italian health authorities. He has joined up with Roberto Martinez’s squad and could feature in Wednesday night’s game with Wales in Leuven.

If the Inter No 9 carries his club form onto the international stage, Rob Page and his players will have a lot to contend with. Seven goals in his last eight league appearances have taken Lukaku onto 19 for the season, so he is set to outdo his best goalscoring league season – 25 with Everton in 2016-17.

For Bob Browaeys, the senior manager of youth development at the Belgian FA who worked with Lukaku in the under-17 national team, the striker’s upturn has not been surprising.

“Romelu, first of all, has a fantastic winning mindset,” Browaeys says. “[But] it’s not only about winning, it’s also about improving, every day becoming a better player.”

In Milan, Lukaku has found the footballing culture to help him do that – in terms of the tactical set-up, his relationship with manager Antonio Conte and the physical preparation he receives. Conte moved mountains to ensure Inter brought Lukaku in, having tried to sign him for both Juventus and Chelsea, and has referred to his work with the Belgian as “polishing a diamond”.

Browaeys says: “You can only make players better by finding the right mental approach. Normally, a coach makes the players equal. But with Lukaku you can say – because he is a killer, because he can score goals – he is a little bit more important than others. The other players must run for him, work for him.”

As well as scoring regularly, Lukaku’s all-round game has been outstanding. He has six assists in Serie A this season and as well as the hold-up play that Conte requires of him, Lukaku is completing more dribbles per 90 minutes than at any other point in his career.

Browaeys says Conte is getting more variety out of Lukaku now as a result of having initially asked to strip back his game. “His runs are better, he’s faster, better first touch. But this is only possible when you focus on his biggest quality [scoring goals].

“When he is playing to his strengths then you also get the other parts. It’s a mental question, when you play very well, then you take more initiative.”

As well as the confidence Conte shows, a drastic improvement in fitness has been key. Lukaku underwent a detailed physical analysis when he arrived at Inter and a special diet was devised by the club’s head nutritionist. The Belgian started eating more salad and fish, alongside low-calorie shirataki noodles, sweet potatoes and black rice. He is also taking metabolism-boosting carnitine supplements.

“I had a problem digesting food,” Lukaku said recently. “I felt always bloated. I’m an explosive player who’s all action. [But] because of [the digestive issue] my game changed. I told the [Inter medical staff], ‘I don’t want to change my game, I want to be that player.’ In less than two weeks, I lost four kilograms… I feel more responsive and faster.”

He is not the only one. This season, Inter as a team have run further than any other in Italy and no side in Europe’s top-five leagues have scored more second-half goals.

Lukaku’s second against Lazio – an opportunist’s effort that proves Browaeys’ point about him being a “killer” – was the 300th of his career. It is a significant milestone and, impressively, it is one he reached younger than Robert Lewandowski, Luis Suarez or Zlatan Ibrahimovic and at the same age as Cristiano Ronaldo.

Given what each of those players has gone on to achieve since turning 29, it is little wonder Browaeys feels that Lukaku can still improve. “We hope that he keeps the same level, or even a higher level, in the future for Belgium. For five years. Why not?”

Conte will be more focused on the short-term. The manager and his star forward have not had it all their own way since arriving in Milan – Inter lost to Sevilla in the Europa League final last season and fell ignominiously in the Champions League group stage this term – but in Serie A, they have a chance to make amends.

When Serie A action returns in early April, Lukaku will be fit and ready, looking to fire Inter to their first Italian title since 2010.