Todo Fichajes have looked at the possibility of Cristiano Ronaldo re-signing for Real Madrid – and how it could make financial sense for a... 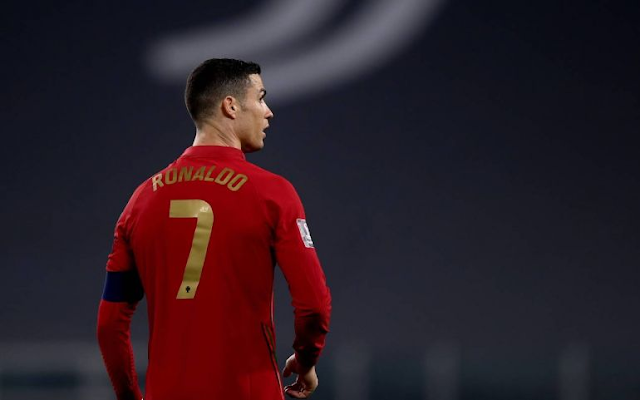 Todo Fichajes have looked at the possibility of Cristiano Ronaldo re-signing for Real Madrid – and how it could make financial sense for all parties involved.

Ronaldo looks set to finish the season without the Serie A or Champions League trophies, despite his best efforts.

A major overhaul is required in Turin, and you could blame him, in the latter stages of his career, for not wanting to sit around and wait for it to happen.

Here’s how a return to Real Madrid could be beneficial for everyone.

As per Todo Fichajes, Ronaldo could be signed by Real Madrid on lower wages that he is on currently, with the Portuguese icon still being better off for it at the end of the season.

The reason for that, as they explain it, is that a one-year contract would not make Ronaldo a permanent Spanish resident. He’d instead be taxed as a non-resident and avoid the hefty 50% tax.

Considering this would apply to both his potential Real Madrid contract and all the relevant sponsorship deals, Ronaldo could find himself quids in, were he to return to Madrid.

Todo Fichajes are under the impression that Ronaldo would cost somewhere in the region of €30M, which is a small price to pay for a player of his calibre, regardless of his age.

That, in combination with the fact, as previously stated, they would not have to pay him sky-high wages, if he were to be paying tax as a non-resident, means the numbers are hardly astronomical.

There is suggestion by Todo Fichajes that the move could actually prove to be profitable for Real Madrid when you account for the obvious benefits of having Ronaldo on your books for the marketing side of things.

Of course, in an ideal world, Juventus would love to keep Cristiano Ronaldo. After all, he’s the top scorer in Serie A and Andrea Pirlo would not want to imagine where his side would be in the league without him.

However, as previously mentioned, and as reported by Todo Fichajes, there’s talk of Juve receiving €30M in exchange for Ronaldo and having his wages off of their books.

As Transfermarkt report, Ronaldo’s contract with the Old Lady is up in the summer of 2022. Could they be tempted to cash-in now, rather than lose one of the GOATs on a free?