How Crystal Palace could line up against Manchester United 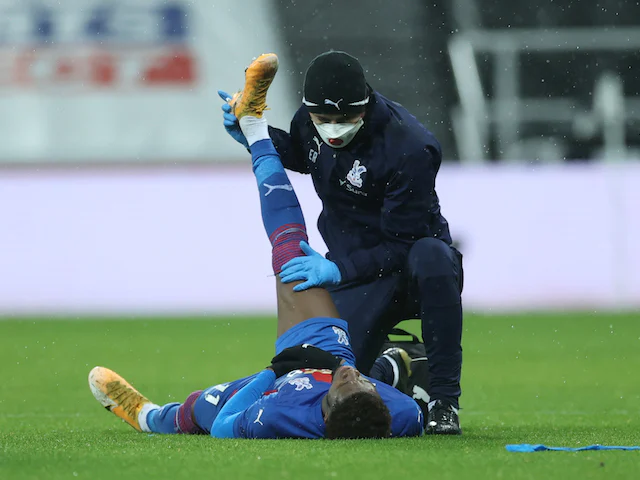 Crystal Palace manager Roy Hodgson finds his options severely limited by injuries for Wednesday's visit of Manchester United, with as many as nine first-team players set to miss the match.

By far the highest-profile absentee is Wilfried Zaha, who is due back in training this week following a thigh injury but is set to miss the match against his former club - as well as Sunday's trip to Tottenham Hotspur.

Zaha scored twice in the reverse fixture and Hodgson voiced his anger at the rescheduling of this game to Wednesday, meaning that his most potent attacker will not be available at a time when Palace are struggling to even get shots on goal, yet alone score.

Along with Zaha, Nathaniel Clyne is the other current absentee who is closing in on a return to fitness, but it is still a packed treatment room for the Eagles at the moment.

Christian Benteke played the full 90 minutes at the weekend and Hodgson talked up his performance after the match, but he could bring Jean-Philippe Mateta back into the starting lineup for this game as he looks to keep his squad fresh.

The January arrival netted his first goal for the club in style against Brighton & Hove Albion last month but was left as an unused substitute for the stalemate with Fulham on Sunday.