How did Manchester United winger Facundo Pellistri fare on loan this weekend?

After a week in which Amad Diallo scored his first Manchester United goal, Facundo Pellistri’s development continued at a different pace. ... 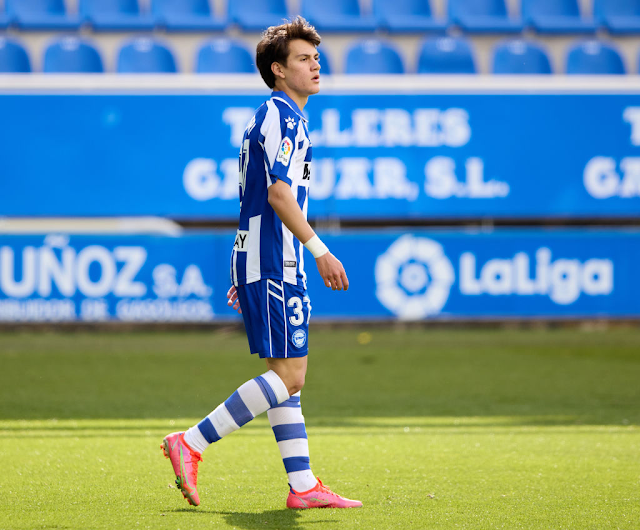 After a week in which Amad Diallo scored his first Manchester United goal, Facundo Pellistri’s development continued at a different pace.

Pellistri may not have been scoring for United’s first team against AC Milan, but his trajectory is still pointing in an upwards direction, just at a slower pace.

The Uruguayan made his second successive start on loan at Alaves, with the most recent coming in midweek against Real Betis.

Pellistri was given 85 minutes in the weekend’s draw with Cadiz, with the game finishing 1-1. Both goals occurred while Pellistri was on the pitch.

How did Pellistri fare?

Pellistri played on the right wing as Alaves stuck with a 4-4-2 formation.

Alaves’ big challenge is getting him on the ball more. He saw just 30 touches during his 85 minutes on the pitch.

When the Manchester United youngster was in possession, he was often dangerous and causing problems for Cadiz.

Pellistri completed four dribbles, the highest number of any player on the pitch, matched only by Cadiz’s Alberto Perea, who saw 50 touches and played 90 minutes.

He won one free-kick for his team and had one shot at goal, which missed the target.

Pellistri won two aerial duels, one tackle, and gave away two fouls himself as he tried to pressure Cadiz off the ball.

He was only taken off after one of his teammates was sent off and then Alaves conceded an equaliser, and the coach decided to make a tactical change to see out the final five minutes plus stoppage time.

It is good to see Pellistri is beginning to earn the trust of his manager more – but a very tough test lies ahead in their next match.

Alaves and Pellistri are away to Diego Simeone’s Atletico Madrid next Sunday, who sit six points clear at the top of La Liga table.

This would be the biggest game Pellistri would have started in to date, and while not much will be expected from him in this fixture, it is a great chance for him to learn and make a name for himself.