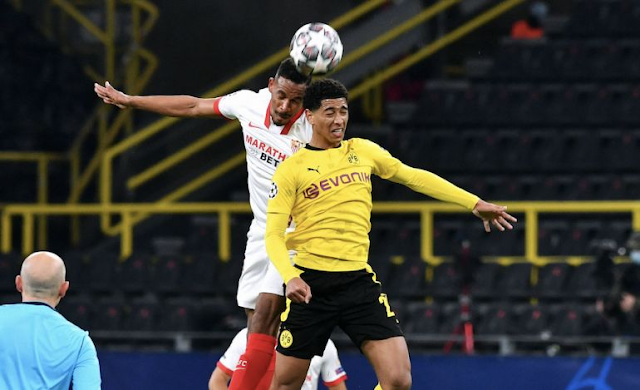 Coming into the round’s second-leg, Dortmund carried with them a narrow 3-2 lead on aggregate.
Looking to overturn a narrow deficit, Spanish side Sevilla would have been hoping to get off a much better start than they did.
After falling to two goals from in-form striker Erling Haaland, the La Liga side were forced to chuck the kitchen sink at the Black and Yellow late on in the game.

After pulling two goals back, but with just seconds left to play, unfortunately for last season’s Europa League winners, it wasn’t to be.

Following the side’s exciting clash, which eventually ended 5-4 overall to Dortmund, fans have been quick to pick out midfielder Bellingham.

Although it’ll be Haaland who steals all of the back page’s headlines, Bellingham put in a superb performance to ensure his side did not crash out of Europe’s most illustrious competition.

The youngster, who is still just 17-year-old’s has rightfully earned the plaudits of football fans on social media.

Here are some of the best comments with several fans even calling for the teenager to be included in Gareth Southgate’s squad for the summer’s Euros.

Jude Bellingham is the best player in the world. I'll not entertain any other views.

Jude Bellingham masterclass has to be in Euros squad

Look at Jude Bellingham racking up minutes at such a young age. He’s developing into a dream box to box CM. #SEVBVB