International fixtures to watch during the March 2021 break

England are one of Europe's giants in action this international break | Robbie Jay Barratt - AMA/Getty Images The March 2021 internati...

The March 2021 international break see the start of the European section of 2022 World Cup qualifiers, with countries in action up to three times before the end of the months.

There will also be qualifiers in Asia, Africa and North/Central America, plus a handful of friendlies.

Here’s a closer look at 10 international fixtures to look out for.

The Netherlands inexplicably failed to qualify for the last World Cup, despite finishing third in 2014. They have dramatically improved since then with a fresh generation of stars and will begin their 2022 campaign with the toughest game of their group away Turkey.

This is one of the very first two 2022 World Cup qualifiers in the UEFA section to kick-off, with the other action between Estonia and Czech Republic.

Still ranked number one in the world by FIFA and the first country to qualify for Euro 2020, Belgium begin their 2022 qualification against the same nation that stunned them at Euro 2016.

Wales were the underdogs back then and dumped Belgium out at the quarter-final stage, with this month’s World Cup qualifier a first meeting since. This will be the hardest fixture Wales face in their quest to reach a first World Cup since 1958 so a good performance could set the tone.

The last time France were reigning World Cup champions they were given automatic qualification for the 2002 tournament and, without any competitive football in two years, it ended in disaster.

The rules on holders having to go through qualifying changed soon afterwards and this time the French will begin the defence of their title against a Ukraine side managed by 2004 Ballon d’Or winner Andriy Shevchenko.

Northern Ireland know they are up against it in the same group as Italy and Switzerland and this will be a big early test to set the tone for their qualifying campaign.

The Azzurri, meanwhile, have some wrongs to right. Since last winning the World Cup in 2006, they exited both the 2010 and 2014 tournaments at the group stage and failed to even qualify for 2018, which was the first time a World Cup had taken place without Italy since 1958.

Scotland have broken their long absence from an international tournament by qualifying for this summer’s European Championship, but their World Cup drought goes on.

To break it and reach Qatar 2022, the Scots will know there is a good chance they will have to finish above either Denmark or Austria in qualifying. Austria’s visit to Glasgow on matchday one is therefore a huge opportunity for them.

The intrigue here is that Sweden legend Zlatan Ibrahimovic has come out of international retirement at the age of 39 and has been named in his country's squad.

Ibrahimovic has scored 15 Serie A goals in 15 appearances this season and last represented his country at Euro 2016, with the Swedes eliminated at the group stage.

It may only be a friendly rather than a World Cup qualifier, but a clash with Northern Ireland will be a good test for a young but enormously United States team that is littered with players at clubs in Europe’s top five leagues.

This USMNT golden generation will aim to peak at the World Cup on home soil in 2026, but the journey is already in motion.

Germany’s second World Cup qualifier of the 2022 campaign will be their toughest as they travel to Bucharest to face Romania, who are the second highest ranked country in the group.

If Die Mannschaft, who start out with a home game against Iceland a few days earlier, can win, it is unlikely anything will stop from qualifying for an 18th consecutive World Cup.

Qatar vs Republic of Ireland

Qatar were invited as a guest nation to the Copa America in 2019 and won the last Asian Cup in the same year, having never previously been past the quarter-finals, but they have never qualified for the World Cup in the past and most fans in Europe will have never seen them play.

Ireland’s friendly against the gulf state in Hungary could offer a glimpse as to what kind of level that Qatar are at in the build up to their 2022 World Cup on home soil.

England open up their 2022 World Cup campaign with qualifiers against San Marino and Albania, before hosting Poland in the third game of a triple header international break.

The Three Lions are favourites to qualify from the group, but facing Poland means facing Robert Lewandowski. The striker may have a poor tournament record, yet he is prolific when it comes to qualifiers and is having his best club season of an already phenomenal career. 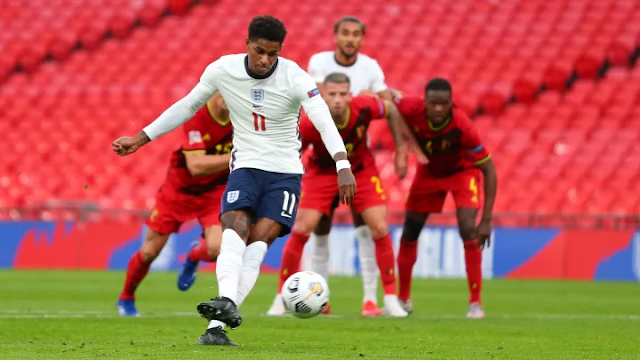