'Is it all clear now?' - Matic trolls Ronaldo & Fernandes over Portugal's disallowed goal vs Serbia 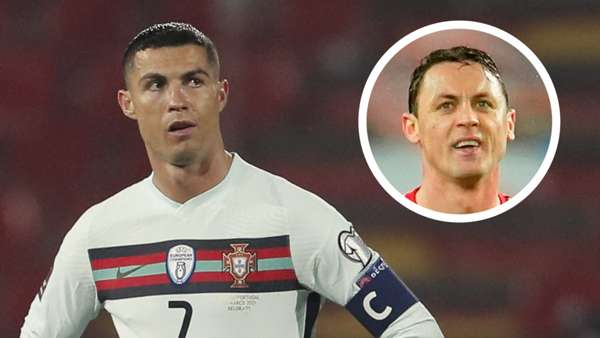 The Seleccao captain was furious after his late winner was not allowed to stand.

Nemanja Matic has trolled Manchester United team-mate Bruno Fernandes and Juventus star Cristiano Ronaldo in the wake of Portugal's late goal not being awarded versus Serbia on Saturday.

Taking to Instagram, Matic posted a photo of Ronaldo's effort before it had crossed the line, jokingly insisting that officials made the right call, adding: "Just on the line. Is it all clear now?".

Both Ronaldo and Fernandes were tagged in the stories post. 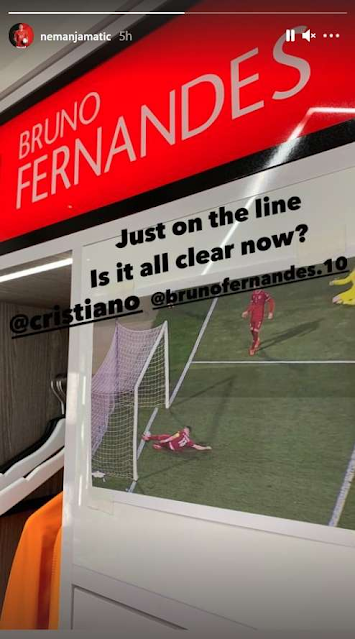 Video Assistant Referees and goal-line technology are not currently being used in international fixtures, leading to calls for both to be introduced as soon as possible.

Speaking after the match, Portugal boss Fernando Santos told A Bola: “The referee apologised and I have great respect for him, but it is not permissible that, in a competition like this, there is no VAR or goal-line technology.

“The ball was half a metre inside the goal, there was no obstacle between the goalkeeper and the goal line. It was very clear.

“He (Makkelie) apologised to me but this is not going to solve the problem.

“The referees make mistakes, they are human, but this is what VAR exists for.”

With both Portugal and Serbia having won their first match in Group A, both teams are tied at the top of the table with four points.

With Luxembourg, Azerbaijan and Republic of Ireland making up the rest of the group, it is likely that Serbia or Portugal will take top spot come the end of qualifying, while the side in second place will progress to the play-offs.

In addition, Ronaldo and Co. will have a chance to exact some revenge in November, when they host Matic's outfit on home soil.