Liverpool have been urged to re-sign former midfielder Philippe Coutinho from Barcelona. Coutinho had five-and-a-half good years as a Live... 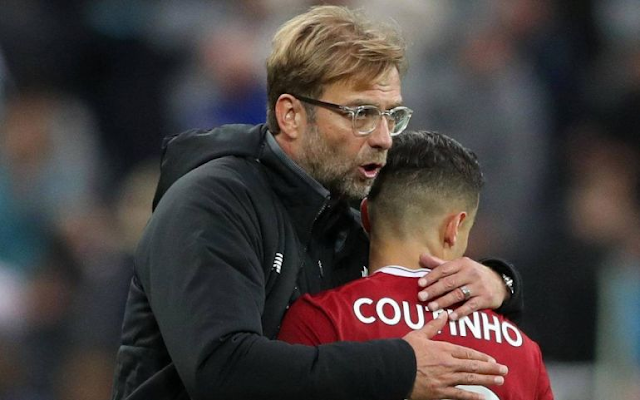 Liverpool have been urged to re-sign former midfielder Philippe Coutinho from Barcelona.

Coutinho had five-and-a-half good years as a Liverpool player, developing from the raw talent he was at Inter Milan to one of the best midfielders in the Premier League.

While the Brazilian owed plenty to Liverpool and Jurgen Klopp, when Barcelona come knocking, players don’t oftentimes say no, and Coutinho didn’t.

It’s for that reason there can be no hard feelings held against Coutinho by the Liverpool faithful, especially when they received £142M in exchange for him, as per the BBC.

Could there be a reunion on the cards, with Coutinho’s move to Barcelona not having worked out?

That’s what’s been discussed on the ‘Blood Red‘ podcast, with the Liverpool Echo’s Marcus Banks urging Liverpool to pay what’s necessary to get Coutinho back through the door this summer:

“It was always going to be difficult for him, but I do think that a move back to Liverpool, for me, it’s a no-brainer.”

“For the £35M [fee reported by Daily Star] that’s being talked about, I think Liverpool should be all over that.”

There’s always a danger in signing a player who’s been out of form for some time, but Coutinho is a real talent, and a return to Anfield could be exactly what he needs for reinvigoration.