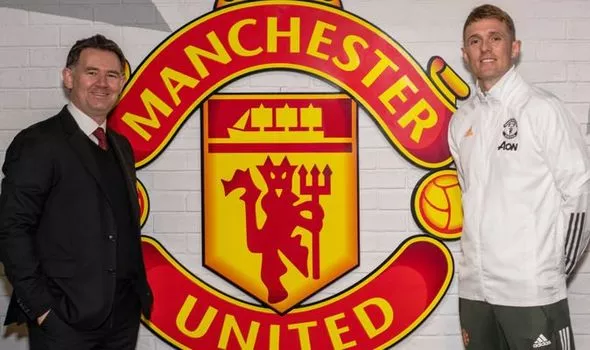 Manchester United are looking to recruit in a number of areas this summer.

Manchester United chiefs John Murtough and Darren Fletcher reportedly both believe the midfield is an area of Ole Gunnar Solskjaer's squad that needs improving this summer. United view signing a striker and a central defender as priorities for the next window. However, Murtough and Fletcher agree those are not the only areas that need addressing.

United are likely to face strong competition for the Norwegian who has only enhanced his growing reputation in his first full season in the Bundesliga.

Real Madrid star Raphael Varane and Sevilla's Jules Kounde are among the defenders linked with the Old Trafford club.

Recruiting in those two areas would likely take up the majority of United's summer transfer budget.

However, Eurosport claim football director Murtough and technical director Fletcher have said that the midfield, though it isn't a priority, should be improved upon.

The report says only a small part of the budget would be reserved to sign a midfielder.

Therefore United would instead look to sign a young, promising midfielder rather than a more established, but expensive, option.

Fred and Scott McTominay have been Solskjaer's preferred midfield duo in recent months.

However, Fred's performance in the FA Cup quarter-final defeat to Leicester on Sunday was a concern.

Nemanja Matic is the only recognised back-up to Fred and McTominay but turns 33 in August.

One player United have been linked with in the past is Youri Tielemans, before he joined Leicester on a permanent deal in 2019.

Former United star Luke Chadwick believes Tielemans would be a top signing for his old club.

"I think he plays that sort of role where he’s got a bit of everything," Chadwick told CaughtOffside.

"He’s played a deeper role when James Maddison plays, and it would be great to have someone like him to feed the ball into Bruno Fernandes. But he does the other stuff as well, he puts a shift in.

"When he came on loan to Leicester initially he was a revelation, one of the best midfielders in the Premier League in that period.

"I think when he signed permanently he had a dip in form, but he looks back to his best, and he’s had a massive role in Leicester’s form in the Premier League.

"Quite often we see players play well against United and we think: ‘could we get him and could he do well in our team?’. And I think he’s got all the attributes to be a Manchester United player."