Jose Mourinho will be leaving Tottenham at the end of the season, with the Portugal National Team being the next stop in his glittering ca... 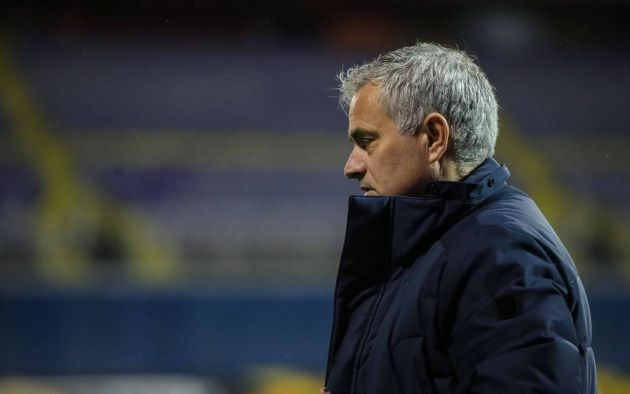 Jose Mourinho will be leaving Tottenham at the end of the season, with the Portugal National Team being the next stop in his glittering career.

That’s according to Don Balon, who report that Mourinho will be saying his goodbyes to Spurs, having failed to get them back into Champions League contention and steered them out of the Europa League.

Mourinho was once considered the best manager in the world, and one of the best to ever do it, but with every job he takes, and every mistake he makes, his legacy is becoming increasingly tainted.

You could argue it’d be wise for him to take himself out of the limelight for a while to gather his thoughts, and Don Balon believe that to be at the forefront of his plans.

The report claims that Mourinho is being lined up to replace Fernando Santos as Portugal manager. Although, he’d likely feel aggrieved if his future was already decided before the European Championships.

Nonetheless, Don Balon are under the impression that Mourinho has already verbally agreed to take the job. That’d leave Spurs in need of a new manager – which probably wouldn’t be such a bad thing from the fans’ perspective.