Jose Mourinho insists he has ‘lots of respect’ for Roy Keane and values his opinion, despite the former Manchester United midfielder claim... 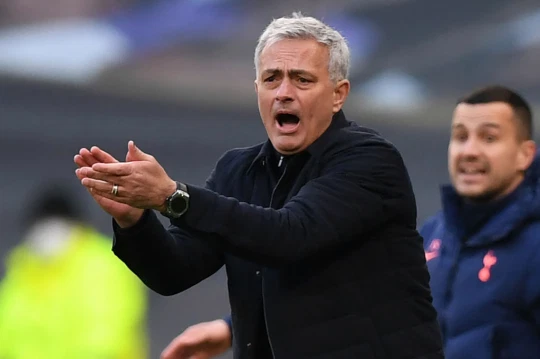 Jose Mourinho insists he has ‘lots of respect’ for Roy Keane and values his opinion, despite the former Manchester United midfielder claiming his Tottenham Hotspur side are ‘average’.

Ahead of Spurs’s 4-0 win over Burnley on Sunday, Keane was heavily critical of Mourinho’s team – who are currently 8th in the Premier League table.

Comparing the Burnley side to Spurs, Keane told Sky Sports: ‘I would definitely think the keeper (Nick Pope) and the two centre-halves (Ben Mee and James Tarkowski) are better than what Spurs have got, and probably even the two lads in midfield (Jack Cork and Ashley Westwood).

‘I think Tottenham have got so many average players. We talk about the pressure Spurs are under to be getting in the top four and all this carry on…

‘Kane and Son, you take them two out of that team, Spurs are an average Premiership team. I’m being polite.

’ Keane’s comments clearly wound up his fellow pundit Jamie Redknapp, who was eventually told to ‘take a breath’ by presenter Dave Jones in an attempt to defuse the situation, but Mourinho seemed unfazed by the comments.

‘You know I didn’t watch it and it’s not for me to comment on the pundits opinions I have huge respect for Roy I love to work with him when I was at Sky,’ said Mourinho ahead of Spurs’s Premier League clash with Fulham. ‘But independent of that a winner like he is I have lots of respect for Roy and his job as a pundit but I am not going to make any comments because if I do that I will probably be asked week after week with other people.

‘You are trying to take me in the direction of the previous question and I don’t want to do that.’ Spurs remain within striking distance of the coveted Champions League spots. They are six points behind fourth-placed West Ham but with a game in hand over their London rivals.