Manchester United midfielder Nemanja Matic has dropped a pretty clear hint that he’d welcome the opportunity to seal a transfer back to Be... 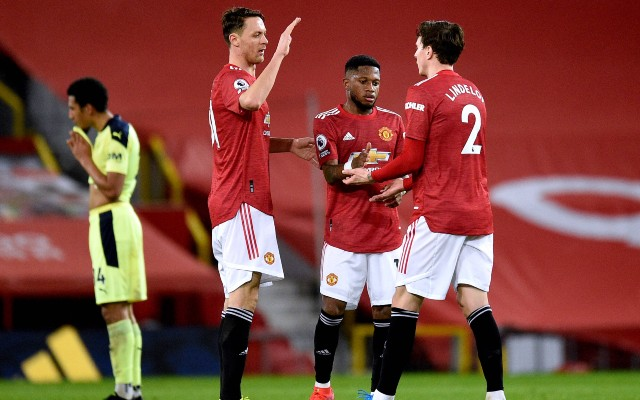 Manchester United midfielder Nemanja Matic has dropped a pretty clear hint that he’d welcome the opportunity to seal a transfer back to Benfica in the future.

The Serbian ace remains a key part of Man Utd’s first-team at the moment, though one imagines he might not be as much of a regular in the starting XI for much longer.

Matic will be 33 next season and is already showing signs of slowing down, with Fred and Scott McTominay now more clearly ahead of him in the pecking order at Old Trafford.

United fans might want to keep hold of Matic for a bit longer as a useful and experienced squad player, but he might also want to play more regularly, so a return to Benfica could be a good way of doing that.

It seems the 32-year-old would not rule out that option as he talked up his former club and the city of Lisbon in general.

When asked about it by Sport TV, as translated by the Manchester Evening News, he said: “I still don’t think about finishing my career. Let’s see. For me, Benfica was always in the heart. Let’s see what the future will bring.

“If Benfica ever thinks it needs me again, let’s think about it, but now I’m very happy at Man. United, I don’t think about leaving, but in football you never know. If one day I return to Portugal, the only team I wanted to play for in Portugal was Benfica.

“Whenever I have time, I like to go through Lisbon. My family also likes it a lot. from Lisbon and misses everyone.”