Liverpool manager Jurgen Klopp has ruled out taking over as Germany manager despite rumours circulating today. The former Borussia Dortmun... 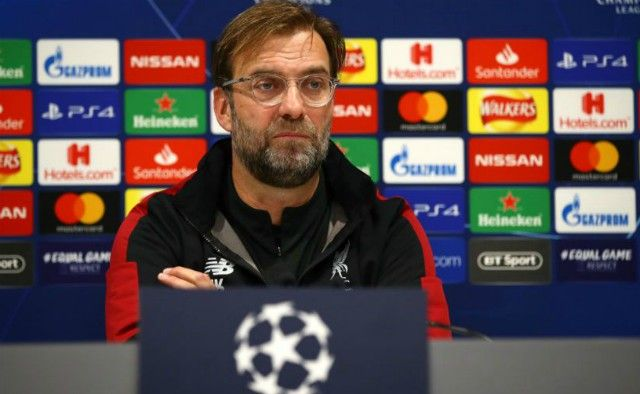 Liverpool manager Jurgen Klopp has ruled out taking over as Germany manager despite rumours circulating today.

The former Borussia Dortmund boss is one of the most highly regarded coaches in the game and it’s unsurprising to see his name coming up as a leading candidate to replace Joachim Low.

It’s been confirmed that the long-serving Low will step down from his current position after Euro 2020 this summer, and one imagines Germany would love to get a big name like Klopp in next.

However, when asked about the speculation today, the Reds manager made it perfectly clear he’s not available.

See below as Klopp answered a question about this in his press conference, as quoted by Goal’s Neil Jones on Twitter…

This follows the reliable Christian Falk stating Klopp is one of the leading candidates to replace Low.

Falk doesn’t tend to get a lot wrong, and had this to say on the Liverpool manager’s future earlier this afternoon…

It may well be that Klopp is on Germany’s list, but it seems he’s not planning on leaving LFC, so they may have to turn to their other rumoured candidate Hansi Flick instead.

On Germany job: "Am I available for the job in the summer? No."

Klopp: "No, I will not be available as a potential coach of the German national team in the summer or after the summer. I have three years left at Liverpool. It's a simple situation; you sign a contract and you try to stick to that."#LFC

Jürgen Klopp AND Hansi Flick are the hot candidates for successors of Jogi Löw. The Bundestrainer of @DFB_Team will resign in summer @LFC @FCBayern @BILD_Sport