Liverpool have set their asking price for striker Divock Origi ahead of the summer window, according to Todo Fichajes. Origi, for a player... 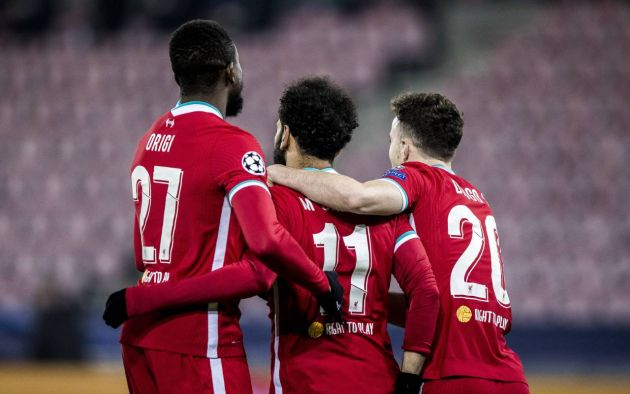 Liverpool have set their asking price for striker Divock Origi ahead of the summer window, according to Todo Fichajes.

Origi, for a player who has never been top dog in attack for Liverpool, has written his name in the club’s history books.

THOSE goals against Everton, Barcelona and Tottenham will see him forever be remembered as a Liverpool cult hero.

The fact stands, though, that he’s not good enough to lead the line for Liverpool, who are in major need of refreshment in attack, with FSG unlikely to give Jurgen Klopp considerable amounts of money to spend without players being shifted first.

Todo Fichajes report that Origi is likely to move on this summer, with Liverpool setting the asking price in the region of €20M, which works out at just over £17M.

The report mentions Aston Villa, Wolverhampton and Newcastle as potential suitors for Origi, which would be good news for all parties involved, with the player presented with opportunities to remain in the Premier League and all three having the necessary financial firepower to get the deal done.

It seems as though his exit from Anfield is only a matter of time.