Luis Suarez has told Manchester United loanee Facundo Pellistri that “good things will come” if he continues to progress at Alaves. Atleti... 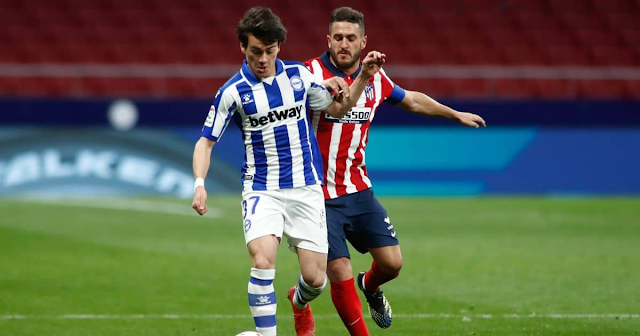 Luis Suarez has told Manchester United loanee Facundo Pellistri that “good things will come” if he continues to progress at Alaves.

Atletico Madrid striker Suarez met up with his fellow Uruguayan in Sunday’s La Liga clash. The veteran forward scored the winner in a 1-0 victory for Diego Simeone’s side, keeping them four points clear at the top of the Spanish top flight.

Pellistri, 19, can only aspire to reach the heights his fellow countryman has reached in recent seasons.

However, writing on Instagram, Suarez predicted big things for the teenager if he stays on his current path.

The 34-year-old wrote: “A pleasure @facu_pellistri, continue like this and good things will come.”

United signed Pellistri from Penarol in October as part of their strategy to sign the world’s best young talents.

The winger impressed in the club’s Under-23 ranks, scoring two goals and assisting one other in six games. 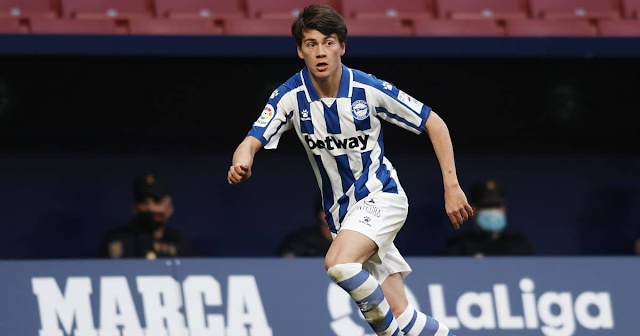 However, a bench appearance in the Champions League is the closest he got to a first-team outing.

As such, he left for Alaves in January and has made five appearances for the Spanish club so far.

However, his influence has grown of late. While his first three outings amounted to 33, 45 and 66 minutes respectively, he played 85 and 90 minutes in his two most recent games.

Amad Diallo agreed terms with the Red Devils, joining in January. Unlike Pellistri, though, the 18-year-old has gone straight into the first team and has already scored his first United goal.

United boss Ole Gunnar Solskjaer noted in January how Diallo is in a “different scenario” than Pellistri, who the club want to get more experience before considering him for first-team action.

However, Solskjaer faced criticism for his team selection, in which he benched Bruno Fernandes among others.

Speaking after the 3-1 loss, the manager insisted that he would make such changes again.