Manchester City have reportedly identified Southampton’s Danny Ings as a potential replacement for Sergio Aguero. It is no secret that Man... 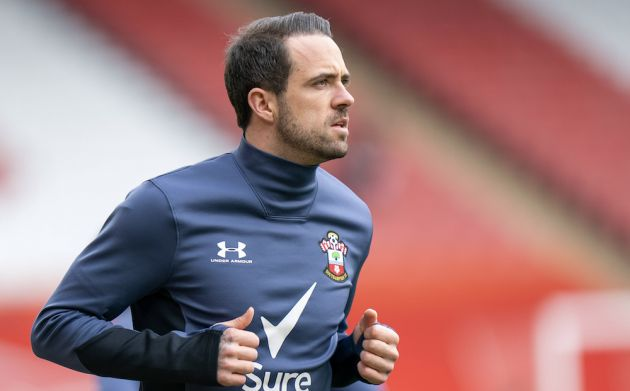 It is no secret that Man City, like most top European clubs, have their eyes on Borussia Dortmund’s prolific marksman Erling Haaland.

However, due to the striker rumoured to be available for upwards of £100m in the summer window, the Citizens have sounded out possible alternatives.

According to a recent report from Sky Sports, one of those alternatives is Southampton’s Ings.

It goes without saying, Southampton are likely to demand a lot less than £100m for Ings – Even if he is their highest-rated player.

After making the switch from Liverpool in 2018, Ings has continued to be one of the league’s most reliable forwards.

During his time on the south coast, Ings has been directly involved in over 50 goals in a total of 92 appearances, in all competitions.

However, with his deal set to expire in less than 18-months time, there is mounting speculation the English striker could be eyeing the exit.

Sky Sports’ recent report suggests that Pep Guardiola could turn his attentions to Ings with a view for the Englishman to become Aguero’s long-term successor.

Aguero’s current deal expires in the summer and the Argentinian has continually been linked with a move away.

Man City fans – What are your thoughts on this bombshell of a story? – Let us know in the comments.