According to SportWitness via Italian newspaper Gazzetta dello Sport, Manchester United hold a ‘clear advantage’ in the battle to sign Fio... 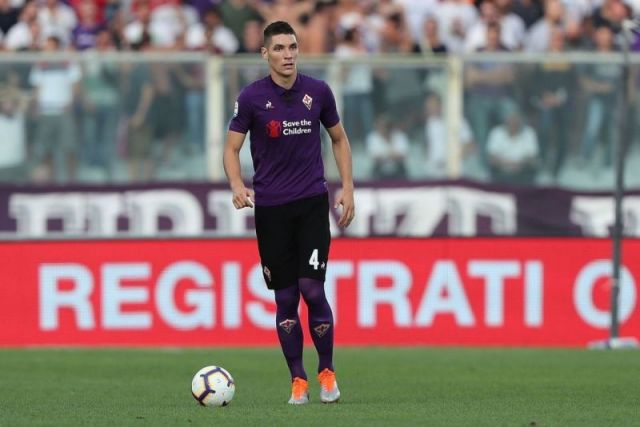 The noise coming out of Italy is of the firm belief that the 23-year-old will transfer to the Premier League this summer, with Liverpool also keen on the Serbian stalwart.

Gazzetta dello Sport claim that Milenkovic joins the legendary Franck Ribery in having his ‘suitcase already ready’ to leave Fiorentina.

Milenkovic has reportedly decided against signing a new contract with the Serie A club, marking this summer as the final opportunity to make considerable cash on the ace, as his deal expires in 2022.

SportWitness have found via the Italian publication that United hold a ‘clear advantage’ having ‘started’ contact with Milenkovic’s agents last summer.

It’s reiterated that ‘other clubs’ from England are interested in the 6ft5 star, whilst it’s added that Fiorentina expect to make €35m from the Serbia international’s sale.

Milenkovic left homeland powerhouses Partizan Belgrade for Fiorentina in the summer of 2017 and has established himself as one of the top young defenders around since.

The ace has been a starter since the 18/19 season, with Milenkovic now firmly settled at centre-back after being deployed as a lanky surprise at right-back for quite some time when he first arrived in Italy.

Fiorentina sit 13th in the Italian top-flight table. Milenkovic has already made 124 appearances for the club, using his towering presence in the air to score 11 times.

Calciomercato also report that Milenkovic is a ‘concrete’ target for Ole Gunnar Solskjaer’s side, with that hinting Fiorentina have accepted that they will lose the defender this summer.