Manchester United make the trip to Crystal Palace on Wednesday evening Ole Gunnar Solskjaer's side could trail Man City by 15 points b... 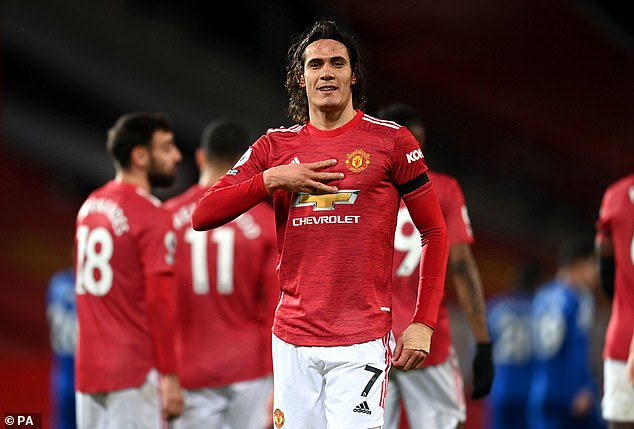 We're looking OK. There's a couple of doubts for tomorrow that we have to give as much time as possible.

'Edinson trained, he joined in so that's good. Let's hope there's no reaction after the session. Hopefully he will travel with the squad.'

But French midfielder Pogba, who has been out with a thigh injury sustained in the 3-3 draw with Everton on February 6, will not be available yet.

'Paul is still not ready for us, no,' said Solskjaer.

'He's feeling better. He's not been training with the team yet so he's definitely not travelling down to London.'

Second-placed United could find themselves 15 points behind leaders Manchester City by kick-off is Pep Guardiola's side beat Wolves on Tuesday night.

Solskjaer's men have won only two of their last seven Premier League matches with a goalless stalemate at Chelsea on Sunday their latest dropped points.

They travel to City on Sunday and so cannot really afford to come away from Palace with anything less than a win.