Marcus Rashford has not suffered ligament damage after injuring his ankle during Manchester United’s 2-0 win over Manchester City on Sunda... 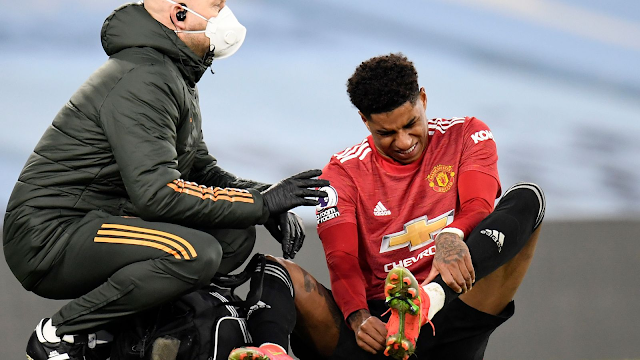 Marcus Rashford has not suffered ligament damage after injuring his ankle during Manchester United’s 2-0 win over Manchester City on Sunday, according to reports.

Sky Sports is reporting that a scan has revealed bruising and swelling around his ankle and that he is highly unlikely to be part of the Manchester United squad for their Europa League clash against AC Milan on Thursday night.

Rashford had to be substituted in the 73rd minute of the Premier League clash against Manchester City on Sunday after picking up the knock.

The news means that Rashford could be set to make a return to the squad sooner than expected, but he is likely to miss the game against AC Milan on Thursday night.

The 23-year-old has been a key player for Manchester United under Ole Gunnar Solskjaer this season.

He has scored 18 goals and made seven assists in all competitions for the Red Devils to help them up into second place in the Premier League table.

Manchester Untied are back in Premier leageu action on Sunday when they welcome West Ham United to Old Trafford, and it remains to be seen whether Rashford could be fit to feature against the Hammers.