Manchester United youth player Charlie McNeill has rowed back on the comments he made about Liverpool on Wednesday night. McNeill, 17, sug... 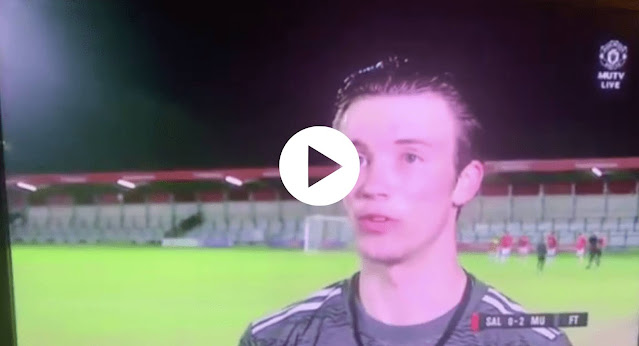 Manchester United youth player Charlie McNeill has rowed back on the comments he made about Liverpool on Wednesday night.

McNeill, 17, suggested he regretted his remark about Liverpool after United’s U18s secured a place in the next round of the FA Youth Cup.

McNeill, who scored for the Red Devils in Wednesday’s 2-0 over Salford, stoked the infamous rivalry with Liverpool by admitting he would relish the opportunity to rub a victory in the opposition’s faces.

“We will look to go all the way in this competition and next round we will play Liverpool if they win, which is obviously a derby and an amazing game to play in,” McNeill said in a post-match interview that went viral among United supporters.

“It’s a derby like I said and it would be great to win that game and to rub it in Liverpool’s face as well.”

Whether someone from the club got in touch or McNeill had a change of heart remains to be seen but the teenage forward took to social media to distance himself from the comments on Thursday.

Writing on his Instagram stories, McNeill vowed to learn from the interview and attempt to avoid doing something similar in the future.

“I just wanted to say my interview last night, I said a thing I probably shouldn’t have said and I wasn’t trying to be disrespectful to anyone!” he wrote

“I have learnt from my mistake and I’ll take this on into the future.”

McNeill is United U18s’ top scorer this season and has been backed for a bright future after returning to the Red Devils last year following a spell with Manchester City’s underage sides.