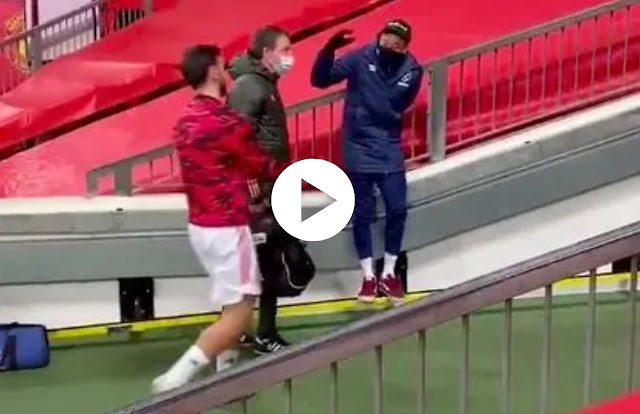 After Leicester's 5-0 win over Sheffield United earlier in the day, the onus was on the Red Devils to pick up three more valuable points against David Moyes' in-form West Ham side.

They managed to do so in a game that lacked any real quality, with United snatching a 1-0 win courtesy of an own-goal from Craig Dawson in the second half.

Bruno Fernandes was once again the man who helped create the opportunity, the Portuguese's corner glancing off Scott McTominay's head before going in off of Dawson's.

The Portuguese playmaker was pretty much the only man trying to make things happen throughout proceedings and he also showed his class off the pitch before kick-off.

After Fernandes had warmed up at Old Trafford, Nick Speakman, United's Global Head of Social Media, captured a lovely moment between United's talisman and his former teammate Jesse Lingard.

While the rest of the United players greeted Lingard with casual nods and fist bumps, Fernandes opted to give the J Lingz a big ol' cuddle.

The duo were only at United together for around a year, but it seems they developed quite a bond during that relatively short period of time.

Ironically, it was Fernandes' arrival from Sporting Lisbon in January of 2020 that effectively spelled the end of Lingard's career at United.

The Portuguese's brilliance from the get-go meant Lingard was starved of opportunities and that was something Ole Gunnar Solskjaer touched on prior to Sunday's game.

"Yes, for Jesse it has really worked out," the United boss when asked to give his thoughts on Lingard's recent performances on loan at West Ham, per Mirror.

"For David [Moyes] it has really worked out and for us as a club as well because we know that Jesse’s position is a No. 10 and we have got Bruno [Fernandes] there. 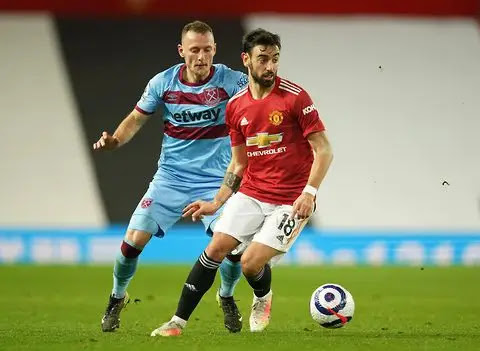 "So for me it was a no-brainer to get Jesse a chance to prove himself and to play some football again.

"And he has been really bright for them and he’s finally back to himself."

You can't fault Solskjaer for being honest and despite Lingard's impressive start to life in the capital, picking Fernandes over him was undoubtedly the correct call by the manager.