Edinson Cavani's contract at Manchester United expires this summer and while there is an option to extend the deal for a further 12 mo... 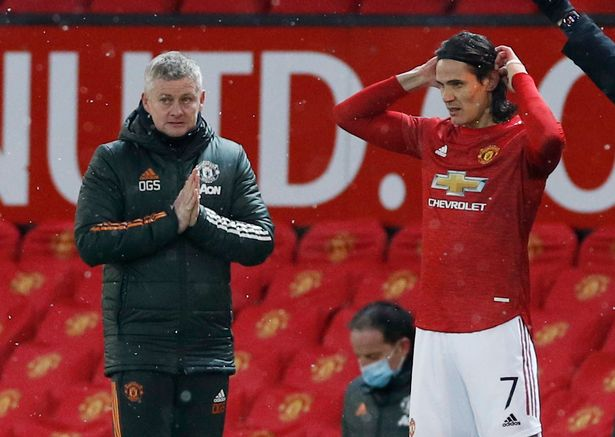 Edinson Cavani's contract at Manchester United expires this summer and while there is an option to extend the deal for a further 12 months, his father has suggested that he ready to return to South America.

Ole Gunnar Solskjaer insists no decision has been made on Edinson Cavani’s long-term future at Manchester United.

But he insists the Uruguayan is “very proud” to represent the club, despite claims from the player’s father.

Luis Cavani claimed earlier this week that the United No.7 "does not feel comfortable in England" and wants to be "close to his family" in his native Uruguay.

In an interview with Argentine outlet TyC Sports, he insisted that the 34-year-old is keen to join Boca Juniors - claiming talks had already taken place with the South American giants over a summer move.

Cavani joined United on a 12-month deal with an option for a further year last summer, arriving from Paris Saint-Germain, departing as the French side’s all-time record goalscorer.

In response to reports over a potential exit, Cavani took to social media on Wednesday morning; he posted a picture of himself celebrating with his hand on his chest and wrote: "Proud to wear this shirt."

When asked about his future, Solskjaer declared: "Well Edinson is fully focused on being available for us and working really hard to get fit.

"From my bad Portuguese and his better English he is very proud to play for Man United.

“A decision hasn't been made - we are just working on getting him back.

"We will convince him [to stay] when the weather in Manchester improves.

“I can’t comment on what has been said, I can only say that we’re very pleased with Edinson, and he’s working really hard to be available.

"Every day, day-in, day-out, he’s proving his personality and his professionalism, and even in his broken English, he's really helping the young kids as we wanted him to.

"We knew he wouldn’t be able to play every game, because he'd been out before for so long, so now let’s make sure he plays as much football as possible until the end of the season, scores as many goals as he can and helps the young players, the strikers, the forwards, even the rest of the group, with his mentality.

"And then he will make his decision. He knows we’re very fond of what he’s given to the club, even though he’s probably played less games than he probably wanted to.”

United will be without Marcus Rashford for the meeting with the Rossoneri however.

The England striker was forced off late on during the win over Manchester City on Sunday and hasn’t trained since.

Solskjaer admitted: “I don't think he will be available for tomorrow.

“He didn't join in training today. I think he is out of tomorrow and still a doubt for the weekend.”