United's away kit did not go down well this season Manchester United fans are licking their lips at the prospect of their new away kit...

Manchester United fans are licking their lips at the prospect of their new away kit from Adidas next season after a version was supposedly leaked online which looks brilliantly retro.

Manchester United fans are begging a leaked kit for next season is the real deal after being blown away by its retro style.

The Red Devils have been partnered with Adidas since 2015 after they took over from Nike.

The sportswear giant agreed a mammoth £750m contract with United over 10 years but have not always produced kits that fans have been too keen on.

That includes the latest inclusion, a zebra-print shirt that many branded one of the worse kits of all time.

But Adidas seem to have pulled it out of the bag ahead of next year's launch - if the latest leaks can be trusted.

Footy Headlines, a reliable site when it comes to such releases, revealed what United could be wearing away from Old Trafford next season.

And it is gorgeous.

Almost a call back to United's shirt back in 1991/92, the top dons a sort-of hazy light-blue zigzag on a white background.

It is reminiscent of many early-90s/late-80s kits, including Holland's 1988 European Championship winning shirt - another masterpiece.

Footy Headlines wrote: "The Adidas Man United 21-22 away jersey is mainly 'Cloud White', the same color used for the Arsenal 20-21 away shirt. Inspired by the 91-93 shirt, it features a geometric blue graphic print on the front, back and sleeves."

Instantly noticeable is the lack of a shirt sponsor, which is set to change ahead of next season.

Having been sporting the logo of Chevrolet for eight years now, TeamViewer will take over when the Premier League resumes for the 2021/22 campaign.

And it is fair to say most fans agree it is already shaping up to be one of their best kits in years.

One fan said: "So fresh! It’s been a while since we had a great kit like this!"

While another wrote: "This is on course to be are best away kit since that blue one in 08/09."

"I actually really like the kit," this supporter quipped.

A fifth said: "I love it. The most Man Utd away kit we’ve had in years!"

"Throw back to a classic. Love it," another simply tweeted. 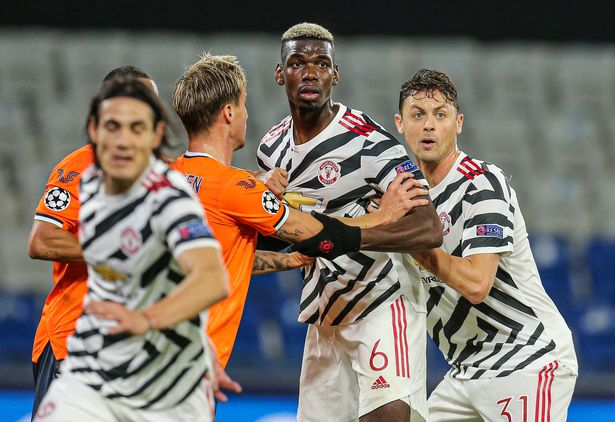