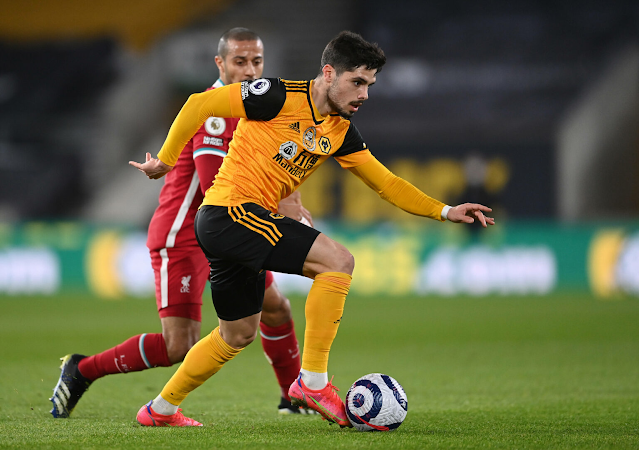 United were chasing Aston Villa’s Jack Grealish and Borussia Dortmund’s Jadon Sancho throughout the entire last summer but to no avail.

The 25-year-old playmaker failed to force his move to Old Trafford and signed a new five-year contract at Villa Park instead.

Manchester City are now looking to spoil United’s plans as Pep Guardiola sees Grealish as a perfect addition to his star-studded midfield line.

Meanwhile, the Red Devils had to turn their back on Sancho after being quoted figures over £100million for the 20-year-old talent.

Affected by a summer chock-full of wild transfer speculations, the ex-City youth academy product has endured a mediocre season by his standards.

However, Dortmund continue to stick to the exorbitant valuation of their prized asset, which threatens to price United out of the deal again.

Ole Gunnar Solskjaer has come up with a back-up plan should his pursuit of Sancho comes a cropper again.

Pedro Neto is star in making

Wolves’ stalwart is one of the most exciting prospects in the Premier League.

Though the Wanderers performed below all expectations this season, Neto has been a rare shining light in Nuno Espirito Santo’s side.

The 21-year-old has notched up five goals and contributed with four assists in 29 Premier League outings this term (Transfermarkt).

Quick movements between the enemy lines, devastating speed and acceleration, and potent left foot make the Portuguese youngster the complete package when it comes to modern-day wingers.

Well-versed in covering both wings, Neto poses a real threat from wide areas, with his deadly crosses a nightmare to opposition keepers.

Indeed, the youngster bears much resemblance to Cristiano Ronaldo during the latter’s time at Sporting Lisbon.

Wolves forked out €17.9m (Transfermarkt) to secure the winger’s services in the summer of 2019 and could generate a massive profit should they opt to sell him at the end of the season.

The Sun claim the Molineux outfit will be inclined to accept an offer in the region of £50m, which is half of what Dortmund demand to let Sancho leave.

Neto has already proved to be an asset in the Premier League, and given the current market state, he would represent a bargain capture at the abovementioned price.