Manchester United may be interested to know that Erling Haaland has reportedly told Borussia Dortmund he wants to leave the club in this s... 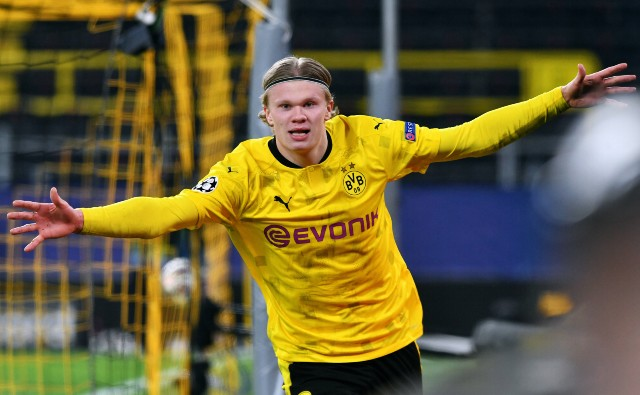 Manchester United may be interested to know that Erling Haaland has reportedly told Borussia Dortmund he wants to leave the club in this summer’s transfer window.

And according to Deportes Cuatro, the Norway international has recently bought a property in Spain, which they think may be paving the way for him to move to Real Madrid.

Haaland has also been linked as a top target for Man Utd by the Manchester Evening News in recent times, and it’s clear to see he’d be a huge signing for the Red Devils.

Still, most other top clubs are bound to be chasing him as well, and Real Madrid could do with a long-term Cristiano Ronaldo replacement in their ranks.

Haaland would also be ideal for United, however, as the goals have dried up a bit for Anthony Martial and Mason Greenwood recently, with midfielder Bruno Fernandes the club’s top scorer so far this season.

It will be interesting to see how this big story develops, but it’s already been picked up by more major outlets like Mundo Deportivo.

Todo Fichajes have previously also reported that Haaland’s preferred next move would be to Real Madrid.

It looks like fans of English football may have to make do with seeing another generational talent heading off to Spain, after Lionel Messi and Cristiano Ronaldo’s epic battles in La Liga for much of the last decade.