Man United were held to their third straight goalless draw in all competitions last night - ahead of a tricky run of fixtures in the Premi... 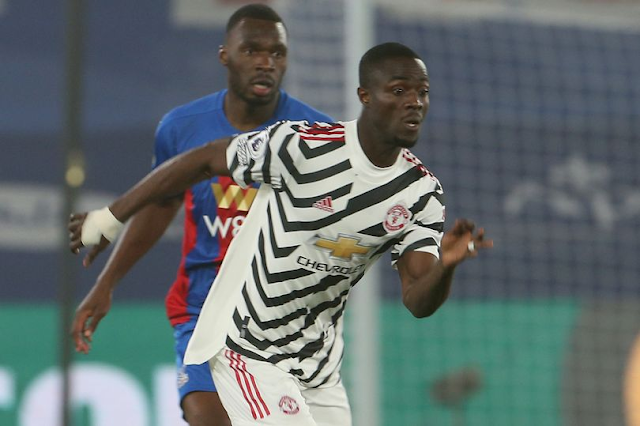 Man United were held to their third straight goalless draw in all competitions last night - ahead of a tricky run of fixtures in the Premier League and Europe.

Eric Bailly called for trust in Manchester United's process after they were held to a third straight goalless draw.

Along with Luke Shaw, the Ivorian defender was one of the better performers against Crystal Palace at Selhurst Park on Wednesday night.

Those two helped United keep another clean sheet in the Premier League, but it's a lack of firepower that has been a cause for concern among some supporters, and led to criticism.

Coupled with back-to-back draws against Chelsea and then Palace, Ole Gunnar Solskjaer's side also failed to hit the net during the Europa League last-32 second leg against Real Sociedad.

However, that tie was for all intents and purposes already in the bag before kick-off, and Bailly wants fans to keep the faith in the midst of a crucial run of fixtures this March.

Taking to Instagram after the draw at Selhurst Park, Bailly said: "Obstacles are there to overcome. Our vision doesn't change. Trust the process."

United are now 14 points behind runaway table-toppers Manchester City ahead of their meeting at the weekend, but focus remains on the chasing pack.

As things stand, United are seven points clear of fifth-placed Chelsea, who do have a game in hand, although Solskjaer and co also have to manage a Europa League last-16 tie against rejuvenated Italian giants AC Milan.