Manchester United fans can relax over the fitness of Marcus Rashford after his substitution in the Manchester derby on Sunday. Rashford ha... 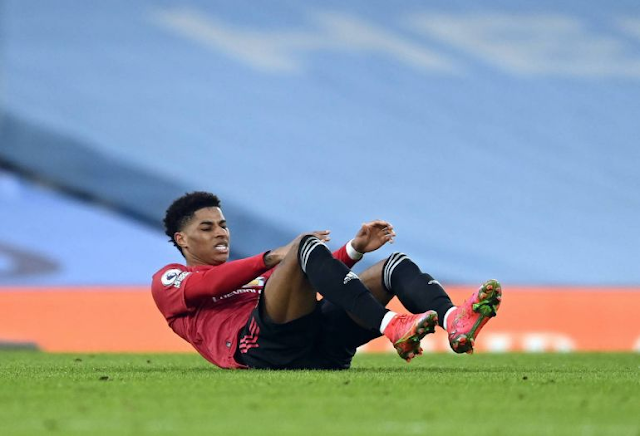 Manchester United fans can relax over the fitness of Marcus Rashford after his substitution in the Manchester derby on Sunday.

Rashford has double figures in both goals and assists this season but will aim to contribute more in a bid to win silverware. We think he has more to give despite having a bubbling shoulder injury, which may require surgery (apparently delayed until after the Euros).

United fans would’ve been worried after seeing him go off against City because nobody wants to be without a key player for a long period.

According to James Ducker of the Telegraph, cited by Simon Stone, Rashford has swelling and bruising around his ankle but scans revealed no existing ligament damage.

It has not yet become clear how long Rashford faces on the sidelines, but we’re happy to hear he escaped ligament damage. That’s a long-term injury and one Rashford needs to avoid.

Time out could do him good, with the news of how Rashford is playing through the pain barrier already, and we’ll want him prepared for the latter stages of the Europa League.

As per @TelegraphDucker, Marcus Rashford still has swelling and bruising round his ankle after yesterday. Scans reveal no ligament damage.