Manchester United have identified Sevilla’s Jules Kounde and Villarreal’s Pau Torres as their top central defensive targets for the summer... 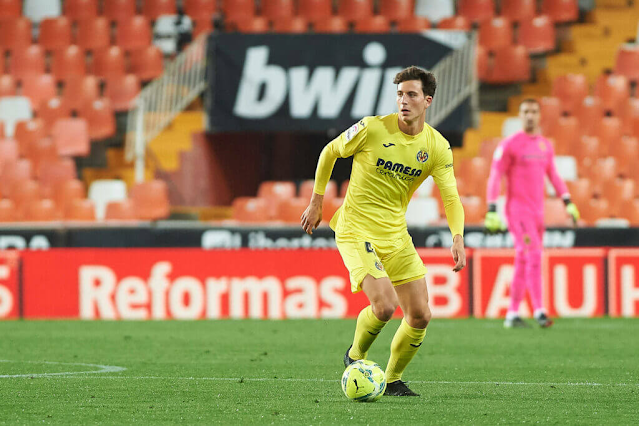 Manchester United have identified Sevilla’s Jules Kounde and Villarreal’s Pau Torres as their top central defensive targets for the summer, according to 90min.

The Red Devils are currently placed second in the league standings with 57 points, but there is a significant 14-point gap between them and leaders Manchester City.

The club recently went 14 matches unbeaten in all competitions, but that ended with a disappointing 3-1 loss to Leicester City in the FA Cup quarter-final last weekend.

It was an overall poor defensive showing, and it is reported that the club may look to sign another central defender to partner Harry Maguire next season.

Kounde and Torres are regarded as the club’s top targets for the summer, and scouts have kept a close watch on their performances.

However, the price could prove a stumbling block for either player. Kounde has a £70 million release in his contract while Torres sits at around £50m.

It is claimed that they are looking at alternatives, with Leicester City’s Caglar Soyuncu, Borussia Dortmund’s Manuel Akanji, Braga’s David Carmo and Monaco’s Benoit Badiashile also on their radar.

United don’t want to spend big on a centre-back as they are also keen on pursuing Borussia Dortmund striker Erling Braut Haaland, who is valued at over £100m.

Victor Lindelof has been the regular central defensive partner for Maguire in recent years, and the pair have formed a good understanding.

Despite this, Ole Gunnar Solskjaer seems to be eyeing another centre-back with Eric Bailly and Axel Tuanzebe only considered back-up options.

Kounde and Torres have caught the eye of numerous elite European clubs, including Real Madrid, who have been linked with both players.

Ideally, Solskjaer may want a left-footed centre-back to accompany Maguire, limiting their options to Torres, Carmo and Badiashile.

Badiashile was tipped to join the Red Devils last summer, but he opted to stay. United could return for the 19-year-old, who has been pivotal to Monaco’s Champions League push.

Meanwhile, Soyuncu could be a realistic target for the Red Devils boss if he wants a centre-back with Premier League experience under his belt.